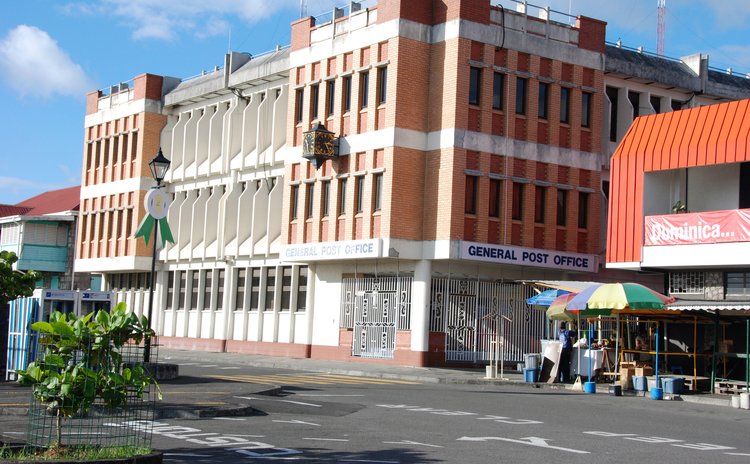 A police source has confirmed that investigations are being conducted into a report of mail tampering at the General Post Office in Roseau.

More than 15 letters were found "hidden in a corner" of the Post Office in early April and officers of the Criminal Investigations Department (CID) were called in.

The letters, containing cheques belonged to the Save the Children Fund, but none were recovered, the Sun has been informed.

The source added that an emergency meeting was held at the Post Office after the letters were discovered.

"I am not sure what is going on, but all I know is that letters were found hidden and opened and staff was called to a general meeting after the police was summoned. It is a very delicate and serious matter," an individual with information on the situation told the SUN.

"Everyone is shocked and bewildered at this development," another source stated.

All efforts by the SUN to speak to Permanent Secretary Lucien Blackmore proved futile.

Meanwhile, a matter involving attorney-at-law Michael Bruney who filed charges against the General Post Office and the Post Master General in 2006, for "the deliberate and wrongful interception" of his mail in November of that year is moving forward.

The matter, which is at the preliminary inquiry stage at the Magistrate's Court in Roseau, came up for hearing on March 21st, 2013.

Bruney testified that he had been receiving "very few letters" in his P. O. Box 2000 for his law office located on #12 Virgin Lane, Roseau.

He also noticed, by looking through the box, that there "were two pieces of masking tape sealing off the back of the box from the inside".

This raised his suspicion that there was some "interference" going on, so he called his secretary and directed her to post a letter addressed to his law office. That letter was never delivered to his office, nor was it placed in his post box, which confirmed his suspicions.

Hence, he wrote to the Post Master General on January 17th, 2007 and requested that his letters be delivered by 4pm on January 19th, 2007 failing which, civil action would have been taken.