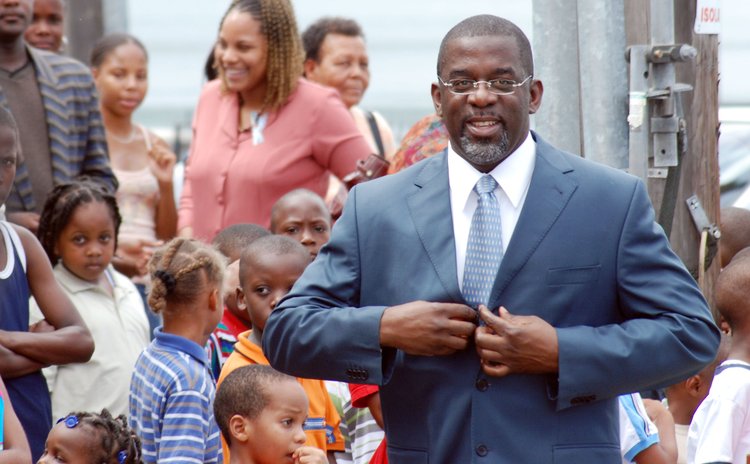 Police Public Relations Officer, Inspector John Carbon has confirmed that the Chief of Police Daniel Carbon has received a letter from journalist Lennox Linton about alleged threats made by attorney-at-law Lennox Lawrence on a political platform of the ruling Dominica Labour Party.

Carbon said the Police Chief has met with Opposition Leader Hector John and former Prime Minister Edison James regarding their concern about the incident and he has decided to consult the Director of Public Prosecutions.

"He has since decided to channel all that information to the Director of Public Prosecutions to find out whether there is any criminal liability with regards to the statement that was made by Mr. Lawrence," PRO Carbon said.

Concern were raised recently by members of the opposition United Workers Party (UWP), retired Chief Justice of the Eastern Caribbean Supreme Court (ECSC) Brian Alleyne and journalist Lennox Linton about comments made by Lawrence at a political meeting in Lagoon, Roseau on March 12, 2013 following the ECSC ruling on the Dual Citizenship case of Prime Minister Roosevelt Skerrit and his education minister Petter St. Jean.

At that meeting Lawrence, one of the attorneys for Prime Minister Skerrit, said: "We must let Edison James, we must let Ron Green know that their system of politics is equal to terrorism. We must tell them that they are committing acts of political terrorism on the country that we love, the country of Dominica.

Alleyne, in response, said Lawrence's words were "unfortunate and reckless" and called on Lawrence to "retract" and apologize. Meanwhile, Linton said he wrote to the DPP, the Attorney General, the Prime Minister, the OECS Bar and Dominica Bar Association, the Chief Justice of the ECSC and others about the alleged threats.. In his letter, Linton alleges that the words "Obama…going after Al Qaeda" referred to the search-and-kill missions that the United States government has mounted against the terrorist organization, Al Qaeda. "Since Mr. Skerrit and other speakers at the DLP's March 12 public meeting referred to me on numerous occasions as one who is critical of their governance record, and given the fact that I am a well known Talk Show host on Q95, I have concluded that I am one of the persons Mr. Lawrence has urged supporters of the DLP to "go after" in the same way "as Obama is going after Al Qaeda," Linton wrote. "In other words, I should expect Labourites to hunt me down wherever I may be, find me and kill me even if it means using predator drones".