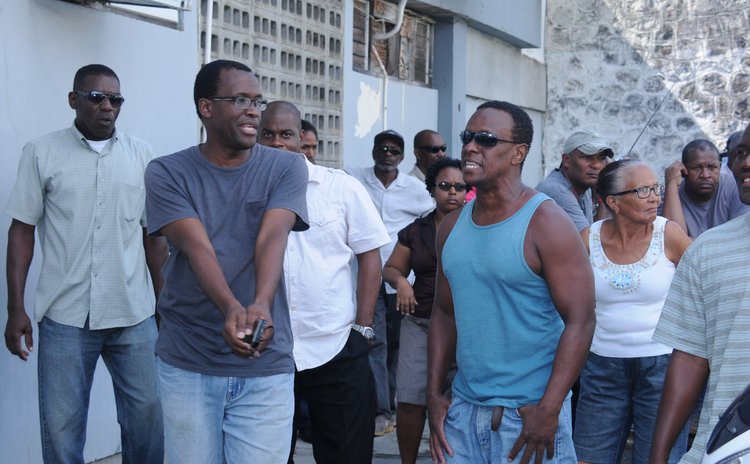 Yesterday, Sunday, Dr. Fontaine was arrested by police officers and transported to police headquarters for questioning on allegations of attempting to overthrow the Skerrit administration.

On his release, Dr. Fontaine and his lawyer Gildon Richards walked to waiting fans and supporters outside police headquarters.

Speaking to reporters just after his release before he was hugged, mobbed and lifted in the air by jubilant supporters Dr. Fontaine said: "There is nothing that this government has on me…these were all chucked up charges.

"They first accused me of attempting to overthrown Roosevelt Skerrit; they accused me of paying people to burn places during the protest on February 7, 2017 without a shred of evidence. All those accusations were made against me…all false and they've decided that they have nothing to go on and so they released me without any charge.

"I adopted the same stance of February 12, 2017 and refused to answer any of the questions posed to me…I told them I was not guilty of any charge and was not going to answer to any questions, so he (the police officer) was doing an interview with himself with me present and not answering to his questions".