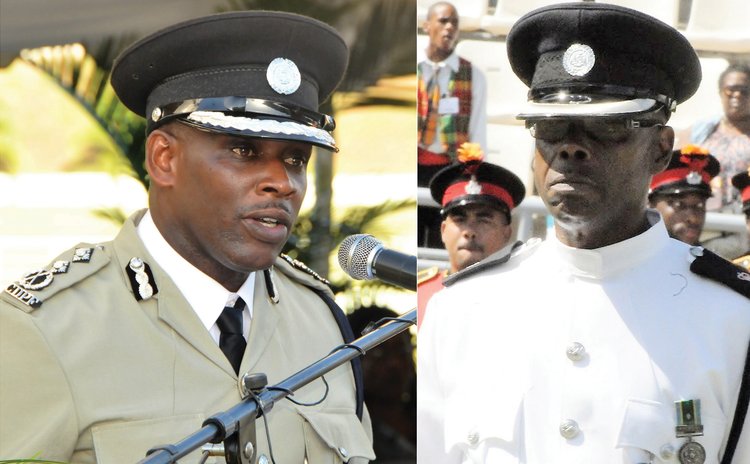 A court battle is stewing at the High Court in Roseau between two senior police officers, THE SUN can report.

Two Superintendents of Police have locked horns over a search that one superintendent conducted at the other's home just after Hurricane Maria devastated Dominica with category five winds on 18 September 2017.

Cuffy Williams, the claimant, is suing Davidson Valarie, the first defendant, for conducting the search at Williams' home at Bellevue Chopin.

Valarie is the second in command at police headquarters; he is the Deputy Police Commissioner and Cuffy is a 40-year veteran of the police force.

Cuffy is also suing Commissioner of Police Daniel Carbon and Attorney General, Levi Peter. The lawsuit was filed at the High Court in Roseau on February 20, 2018 by Attorney at Law Cara Shillingford.

According to the Statement of Claim obtained by the SUN newspaper, on October 9, 2017 Valarie entered into and searched Williams' home but he did not show "a valid search warrant at the time of the search and Williams did not consent to his home being entered and searched."

The Claim alleges malice as the motivation for the search.

The Claim further states that Valarie "falsely informed Williams that he had a search warrant to search his home and he did not permit him to read the alleged search warrant prior to the unlawful search."

Shillingford argues in the Claim that the search was "not done under the authority of any law and was not reasonably justified in a democratic society."

Williams claims that in 2016 Commissioner Carbon asked him to conduct an inquiry into "the leakage of confidential documents to the press." He said the findings of that report may be the motive behind the search.

Williams also claimed that a large crowd had gathered to witness the searching of his home causing him embarrassment as a top ranked senior police officer and the public believed that he "was involved in some criminal activity."

As a result of the "unlawful search" of his home, Williams said he suffered "pain and suffering" also "mental distress and anxiety".
He added that he incurred medical expenses of EC$250 for treating blood pressure as a result of Valarie's actions.

Williams has asked the court to declare that the search conducted at his home was "unlawful and in breach of his constitutional rights"; he also demands damages inclusive of exemplary and aggravated damages, interest, costs and other reliefs as the courts deems fit.

The matter came up before Justice Bernie Stephenson on March 13, 2018 for case management and it has been adjourned to a date in April 2018.