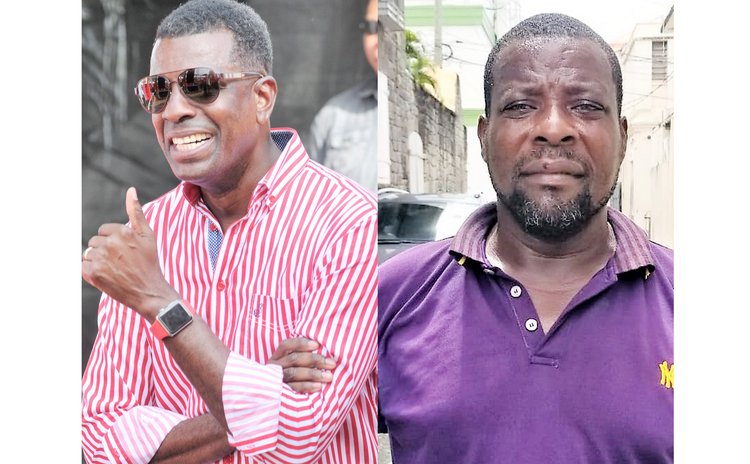 In 2021 politics dominated the news, but that's not strange -Dominicans breathe, drink and eat politics every day.

But what was unusual was the writing of the obituary of the new Alternative People's Party (APP) in 2021 before that political party even left the womb.

As the SUN reported, the APP was coming apart at the seams, with one of its pillars, the interim leader and founder, Tahira Blanchard, facing possible expulsion.

By the end of the year, the APP split into two factions- with Blanchard and Julius Corbett, the party's president, on one side and political strategist Alex Bruno and Kendra Stephen on the other.

Earlier, as the APP struggled to find and name a political leader what began as a simple outreach to the struggling Dominica Freedom Party (DFP) by the fledgling APP for a "strategic electoral coalition" ended with the unexpected resignation of the DFP leader, Kent Vital in January 2021.

Following Vital's resignation, the DFP selected Bernard Hurtault as its political leader until its next delegate's conference. Nevertheless, Dominica's major political event in 2021 was the death in office of Juniour minister Edward Registe, the parliamentary representative of the Grand Bay constituency that catapulted the nation into one of its most divisive bye-elections in decades.

Registe died suddenly on 1st September and party leader Prime Minister Roosevelt Skerrit surprised voters of this Dominica Labour Party (DLP) stronghold by selecting and nominating Grand Bay outsider Vince Henderson, the ambassador to the United States and the Organisation of American States) (OAS) to occupy the seat made vacant by Registe's death.

Though the main opposition United Workers Party (UWP) did not nominate a candidate to contest the 25 November 2021 bye-election and threw its support behind Handbag, the UWP immediately declared that Henderson's candidacy was illegal because he was still an ambassador to the OAS and the US.

Notably, the Grand Bay bye-election was conducted under the same regulations of the 2019 general elections (no cleansing of the voter's list, no identification cards) because recommendations on the way forward for electoral reform here were still pending.

Sir Dennis Byron, the former Caribbean Court of Justice (CCJ) president who has been contracted as sole commissioner to undertake the process, was expected to complete his mission by mid-2021, according to Duncan Stowe, the local attorney who heads the electoral commission.

"I think they are gunning for May/June for submission," Stowe told The Sun.

The new date for the submission of the Byron commission report is early 2022.