Politics in the mix

Government has been accused of distributing BAM and Moroccan fertilizer only to party supporters. Drigo says that's not true 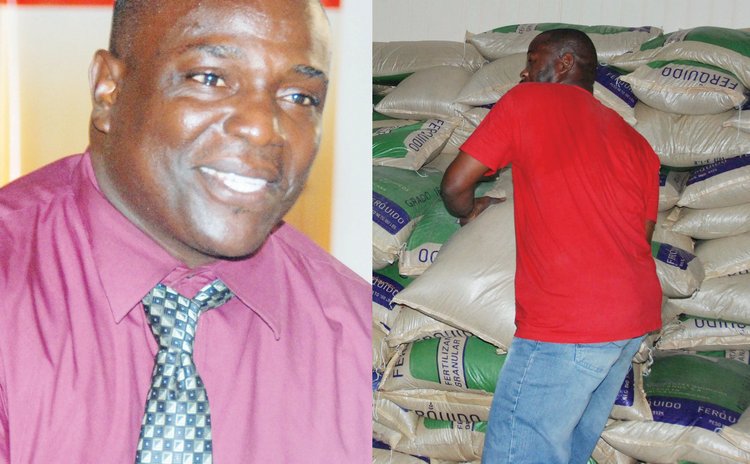 A well-placed and informed source who preferred to remain anonymous since he was not authorized to speak on the matter, told the Sun that individuals who are aligned to the Dominica Labour Party (DLP) are now in charge of distributing fertilizers and non-supporters of government are being victimized.

"When the European Union grants things to a country they expect the nationals to benefit not party individuals but as it goes now the Cabinet of Dominica must approve the list of farmers and if you are not a supporter your name is deleted. That is totally wrong. Tax payer's money is for the people not for a party," the source said.

A November 2015 memo from Ricky Brumant, the acting Director of Agriculture to a Technical Officer Extension with the caption subject: "Distribution of Moroccan fertilizer" states in part: "Please be informed, that distribution of fertilizers from Morocco should not take place in any region without the provision of a farmers list to the Director and coordinated through Nicholls Esprit's office which have been given a role of coordination and logistics of these fertilizers to agricultural regions."

That memo was copied to Nicholls Esprit, special projects coordinator, the Minister of Agriculture, the permanent secretary and Michael David, storekeeper in the Ministry of Agriculture.

The source describes the Morocco fertilizer distribution process as "a disaster…that is where you have saga".

"Farmers are being victimized and field officers are also under pressure and being victimized for doing what is right. They are trying to discipline an officer for doing what is right and refusing to tow the political line. Ministers are interfering in the distributing of plants and fertilizers and this is in clear violation of the European Union standards and procedures," the source said. "If the EU is aware that BAM matter is in trouble".

The source also disclosed that 20,000 bags of fertilizer was approved by the BAM and to date 2,700 is on island but "dirty politics is now in play in the distribution."

"Cabinet had to approve the distribution of the fertilizer and that is very wrong. In approving it some got and when they were made aware of some people who do not support them they were mad," the source said.

But Drigo dismissed that claim saying "there is no political interference in the distribution of the fertilizer."

"At the end of the day we expect 29,000 bags of fertilizer. There is no political interference in the distribution of fertilizer. Not every farmer will be satisfied. So those who are complaining will soon receive their fertilizer," he said.