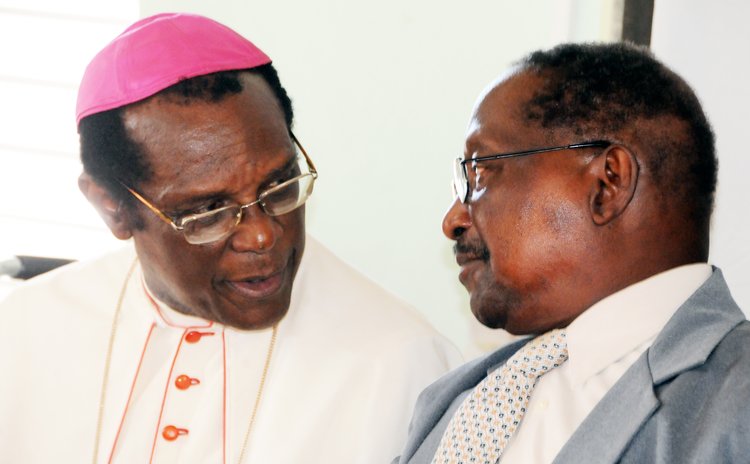 Pope Francis on Sunday announced who he has chosen as the new cardinals of the Catholic church, picking 19 prelates for the honor who mainly hail from the Global South, including places like Haiti, Burkina Faso, and the Philippines.

Francis made the announcement, long expected in recent weeks, during his weekly Angelus address in St. Peter's Square.

Cardinals, sometimes known as the "princes of the church" and for their wearing of red vestments, are usually senior Catholic prelates who serve either as archbishops in the world's largest dioceses' or in the Vatican's central bureaucracy. Their principal role is to gather in secret conclave following the death or resignation of a pope to elect his successor.

Many had wondered what impact Francis would have on choosing who is to be cardinal and from where in the world they come. On Sunday, it seems he answered that speculation by firmly saying the new crop would be predominantly from areas around the world not always reflected in the elite church group known formally as the College of Cardinals.

Of the 19 new prelates Francis will formally induct into the college on February 22, only four come from the Vatican's central bureaucracy, which typically sees a large number of cardinals. Likewise, there is only one Italian in the group. Normally, Italians dominate the numbers of cardinals in the college.

Instead, ten of Francis' choices come from places outside Europe, including some of which have never had a cardinal. Among the choices: Jean-Pierre Kutwa, Archbishop of Abidjan, Ivory Coast; Andrew Yeom Soo jung, Archbishop of Seoul, Korea; Philippe Ouédraogo, Archbishop of Ouagadougou, Burkina Faso; Chibly Langlois, Bishop of Les Cayes, Haiti; Orlando Quevedo, Archbishop of Cotabato, Philippines. (For more on the meaning of Quevedo's appointment, click here.)

In announcing the list Sunday, Francis said the cardinals, "coming from 12 countries from every part of the world, represent the deep ecclesial relationship between the Church of Rome and the other Churches throughout the world."

Outside the curia, the only choice for a cardinal from Europe under the age of 80, the age at which cardinals are no longer allowed to vote for the next pope, was Britain's Archbishop Vincent Nichols of Westminster. The only North American was Québec's Archbishop Gérald Lacroix.

Pope Francis also chose three archbishops over the age of 80 to receive the honor, saying they were "distinguished for their service to the Holy See and to the Church."

Among those three is Archbishop Loris Capovilla, who served as the personal secretary of the late Pope John XXIII. Long an icon of American Catholics, John XXIII is the pope who called the 1962-65 global meeting of the world's bishops known as the Second Vatican Council, which led to significant church reforms like the celebration of the Mass in the vernacular language instead of Latin.

In a statement Sunday, the Holy See press office said Francis' choice of cardinals from Haiti and Burkina Faso "shows concern for people struck by poverty."

The press office said Francis had also stuck by a rule that only 120 cardinals be under the age of 80. As 13 such seats were already vacant and three others were to be vacant by the end of May, the pope's choice of 16 cardinal electors raises the number to 120 exactly.

The full list of the names of the new cardinals: •Pietro Parolin, Titular Archbishop of Acquapendente, Secretary of State;

•Lorenzo Baldisseri, Titular Archbishop of Diocleziana, Secretary General of the Synod of Bishops;

•Gerhard Ludwig Muller, Archbishop-Bishop emeritus of Regensburg, Prefect of the Congregation for the Doctrine of the Faith;

•Beniamino Stella, Titular Archbishop of Midila, Prefect of the Congregation for the Clergy;