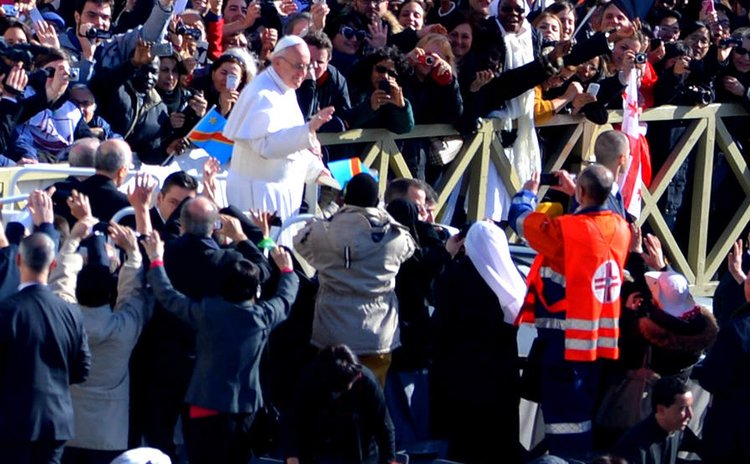 SEOUL, Aug. 18 (Xinhua/Sun) -- Pope Francis on Monday left South Korea for Vatican after wrapping up his five-day visit to the country, which was picked as his first Asian destination since he took over the post in March last year.

The pontiff left for Vatican at an airport in Seongnam, just southeast of Seoul, at around 12:50 a.m. as scheduled. Prime Minister Chung Hong-won attended the brief send-off ceremony along with South Korean Cardinal Andrew Yeom Soo-jung.

On early Monday, the pope presided over the last Mass at Myeongdong Cathedral in central Seoul. President Park Geun-hye was invited to attend the Mass, where the pontiff delivered a message of peace and reconciliation.

Also invited were seven Korean women forced into sex slavery at the Japanese military brothel during World War II, and other socially isolated people, such as laid-off workers of Ssangyong Motor and residents of Mirayng, the southeastern city where the state-run power provider plans to build high-voltage transmission towers.

During the Mass on Saturday to beautify 124 South Korean martyrs, the Holy Father met with families of the ferry sinking victims. Around 170,000 people were invited to the Mass, and some 1 million people were estimated to have participated in the Mass.

The Mass was held at Gwanghwamun Square in central Seoul, where family members of the victims are staging a hunger strike for the passage of a special bill to determine the cause of the accident.

The ferry, Sewol, capsized and sank off the southwestern coast on April 16, leaving more than 300 people, mostly high school students, dead or missing.