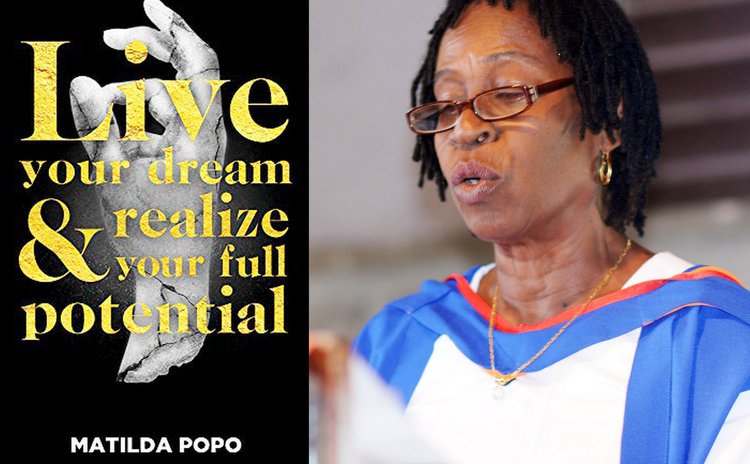 A young man denigrates and curses and scuffles with a man who had attempted to separate combatants in a fight in which he was involved.

"A month later, he was called in for a job interview. He was shocked when he saw that the man he had vilified was the interviewer. Instead of showing signs of remorse, he walked out in disgust, using obscene language".

That's the kind of anecdotes that Matilda A. Popo tells in "Live Your Dream and Realize Your Full Potential" that she launched at the University of the West Indies Open Campus last week.

Popo is the holder of a Bachelor of Science degree in youth development work with first-class honors. For over twenty years, she has been a Youth Development Officer and has worked with preteens, teens and adults, impacting their lives for the better in various ways, says the "About the Author" piece at the back cover of the book.

"Live Your Dream and Realize Your Full Potential" is a book which captures the essence of investing thought and inspiring others, and it encapsulates exactly what sister Popo lives for. She is a great believer in the human spirit and a believer in the power of Yahweh. She is certainly one whom, I have no doubt, has created indelible impressions for the many who spent a moment with her. Matilda Popo is a true advocate for human," writes District Development Officer, Steve Joseph in the foreword.

The book contains ten chapters: Live a Purposeful Life; Recognize Your Potential; Boost Your Self-Esteem (from which the anecdote we referred to was taken); Build Your Confidence; Develop a Positive Attitude and a Positive Mindset; Enjoy the Moment; Make a Positive Change; Motivation; Build Good Relationships; and Moving Forward.

From the About the Book section: "Live Your Dream and Realize Your Full Potential" is a book which is certain to ignite the spark of greatness within you. Through the skillful intertwining of personal experiences and the inspirational life-stories of others who determinedly defeated the odds and accomplished great things, Popo unpeels the potential and capacity within us all to do the same. Though life may be littered with challenges and obstacles, this book encourages you to reach for your dreams. The world is waiting on YOU!