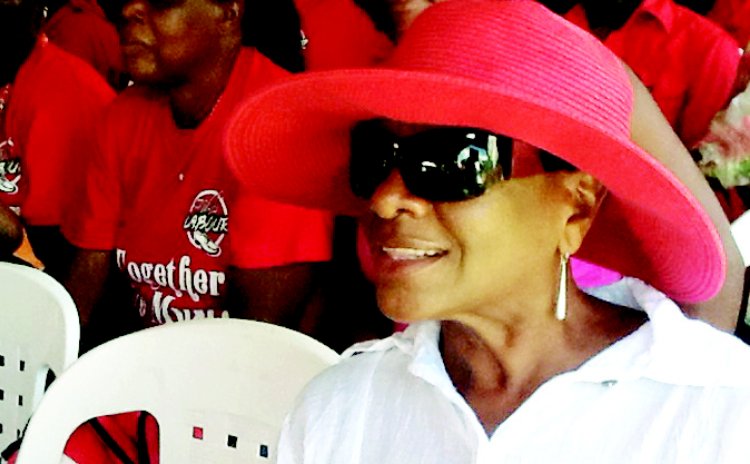 Politics in Portsmouth is hot and ready to explode. In this hissing pressure cooker the issue is the naming of a candidate to represent the ruling Dominica Labour Party (DLP) at the next general elections.

Is it incumbent Ian Douglas, who has held the reins of Portsmouth Parliamentary Representative for 13 years, since the death of his uncle Rosie Douglas; or is it Frederica James, a newcomer?

That matter had been simmering for some time; it became more intense when Prime Minister Roosevelt Skerrit indicated, at the DLP's delegates' conference at Pointe Michel last Sunday, that there will be changes in a number of constituencies for the upcoming election. Although Skerrit did not specify, residents of Portsmouth say if Ian Douglas is moved "it will be unrest worst (sic) than the Alix Boyd- Knights presidency fiasco."

Andrew "Cobra" O'Brien is a fervent supporter of the DLP and a "loyal foot soldier" of Ian Douglas. In an exclusive interview, Cobra, as he is popularly known in the Portsmouth community, said he believes that in this modern day you cannot send a man on a battle field with a gun and no bullets.

"I know Ian is for the people of Portsmouth and if you ask him to stretch out his hand to give you a dollar including the (Boss man-Skerrit) he will do it. I can tell you straight off that there is no way that Frederica can out-do Ian in Portsmouth as it have (sic) to do politically and representing the people of the area. I say no way," he said.

"Not many people have a good heart like Ian and when you go around you can run a poll and blindfold the people and I can tell you that there's no way Frederica James can out do him. Portsmouth will have an unrest …you can hear the whispers around; you cannot take Ian out and put Federica," Cobra stated.

He said James is a good teacher but she won't be their representative.

"If you want somebody who is a good teacher and teaches well, Madam; that is where she is strong. But when it comes to people's people and looking for people is only a hypocrite who will not say that 'that's madness'", he added.

He said if Ian Douglas decides to call it "judge in agreement with the Boss" he thinks James may not be accepted by the people of Portsmouth.

"If people have to speak without being scared of victimization they will say 'wrong choice, wrong choice'. That is like the Alix Boyd-Knights situation," Cobra said. "Ian is my partner and I standing by him. He always tries to please everybody and means well. He is standing with his people and the entire situation is the height of disrespect."

Kim Douglas, the son of the late Prime Minister Rosie Douglas, describes the situation as "volatile".

"He (Skerrit) better come very good in choosing a parliamentary representative. The people are boiling, they are angry and waiting to explode," he said. "It's dirty, one man cannot continue to dominate; the people are fed up and refuses to let that continue. Ian is more qualified than him (Skerrit); he is disrespectful.

"Everything is Skerrit. China or some other country gives Dominica some assistance and every minister have to say 'I want to thank the prime minister'; this can't be good."

Meanwhile, Frederica James said she did not want to speak to The SUN on the issue. Although she was a delegate at the recently held delegates' conference, James, a lecturer at the Dominica State College has denied that Prime Minister Skerrit approached her to contest the Portsmouth seat.

"No, no, no, the Prime Minister has not approached me. I know nothing about any scandal in Portsmouth I have no comments… ask the people, and let them tell you if they have approached me," she said. "Do not ask me any questions...I will put the phone down on you," she added.

When asked if she was interested in running for the DLP she replied: "I have no comments, I will not entertain you; all what you are saying and asking me is news to me."