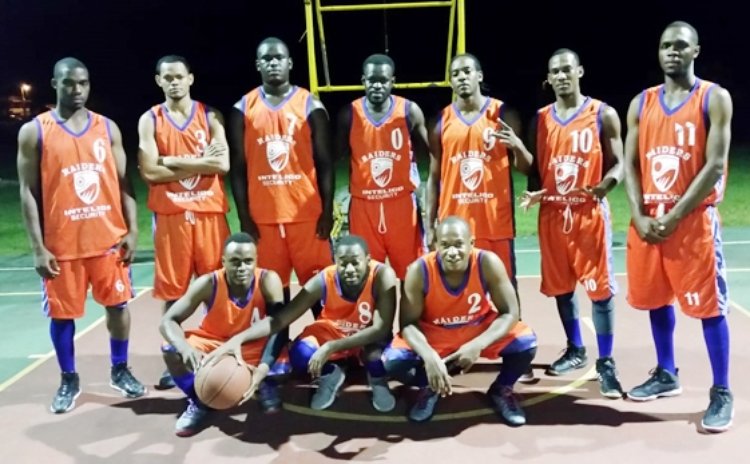 Part I of "Possie's Basketball Vibes" peeked into the performance of Portsmouth's first-ever basketball team in the national basketball league, viz. Raiders, from their formative years up until 1991. The team had performed satisfactorily in 1989 and 1990, going on to capture the Division II Championship in 1990 and stepping up to Division I in 1991.

Raiders competed in the top level of the national league (Division I, subsequently renamed Premier Division) for over a decade, until at least 2003.

In 1997, two of the matches which Raiders won were against Knicks (70-58) and Pros (75-72). Knicks subsequently avenged the loss in the second round of matches.

Raiders also lost several encounters in 1999, including suffering a near blow-out from Cardinals (48-72). However, Hoyas was one of their victims, who they defeated 72-57.

Interestingly, in the first round of the 1999 League Raiders lost to Venoms 62-66. However, they returned the compliment in the 2nd round, with an almost reversed score, 64-61. They were blown-out by Hoyas in the Play-Offs, 55-80.

Very little could be found in the local press about Raiders in 2000, except that they were handed a 30 pts blow-out by Knicks (60-90) in a Regular League match.

Subsequently, after about an 11-year absence from the court Raiders returned to play 'ball in 2015, registering in Division I (2nd LMD). However, their performance was somewhat below par, placing 4th out of the 5 teams in their Zone, and ending the Regular League with 5 wins and 3 losses.

However, the Raiders of 2016, under coaches Iroy Brooks & Earl Matthew, came with a mission! They became "the team to beat" as they plundered their way through the 14 other teams in their Division, hauling in a big booty of no less than 6 blow-outs!

Come 2017, Raiders were again promoted to the Premier Division, after capturing the Division I (2nd LMD) Play-Off Championship in 2016. Interestingly, according to Coach "Jo Bob", by the time Hurricane Maria struck Dominica on 18th September, Raiders may have been either 3rd or 4th in the league standings in the Division.

How Raiders would have performed overall in the 2017 season, and how will they perform in the next edition of the national basketball league (2019?) are anybody's guess.

Since moving up to the top division, several players from Portsmouth have been called up for trials for selection to Dominica's Senior National Basketball Team. These include Julian Hamilton, Dale Peter, Karl Hector, "Clayboy" Xavier, Julian Mason, Larry Harney, Fletcher Harry, and Earl Matthew who, at the time, was overseas on an athletic scholarship.

Kareem Ferrol also represented Dominica in basketball, and Earl Matthew was a member of Dominica's Senior National Team in 2011 and 2012.

Friendly Raiders: Raiders did not restrict their playing only to league matches on the community courts assigned by the national association. They also engaged community teams in 'friendlies' at Castle Bruce, La Plaine, Trafalgar, Wesley and Paix Bouche.

PORTSMOUTH BASKETBALL LEAGUE (PBL): Being one of the "basketball centres" on Dominica, Portsmouth began organizing its own "Off-Season" basketball league from the late 1980s, following the construction of the basketball court at Benjamin's Park.

The PBL, whose organizing committee is currently headed by Earl "Jo Bob" Matthew, was first sponsored by Off-Shore Civil & Marine, and currently by the security firm of Intellico Security Systems.