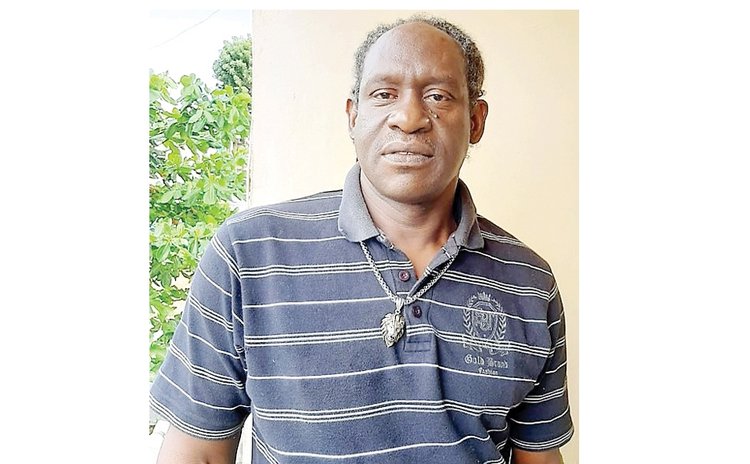 DERRICK BIRMINGHAM played with Lamb's Bread, Cardinals I, Killer Bees and Clouds I

Part I of the article presented on Dr. Rats' entry into basketball, the teams that he played with, in DABA's National League and his stints in Off-Season/Community Leagues. The article concludes below.

'Rats' Representing Dominica: Birmingham represented Dominica with distinction in regional and sub-regional tournaments and friendlies at both national and club levels.

Rats first wore national colours in 1985 when he represented Dominica in the CARICOM Basketball Championships in Barbados. Later that year he was a member of Dominica's team that competed in the 2nd OECS Basketball Tournament which was staged in Antigua.

The year 1986 saw Rats being part of a 12-member national team that was selected to play against a visiting All-Star College team from Western Illinois, USA, and to later participate in the third OECS Basketball Championship which was held in Grenada.

Come 1987, the Nature Isle hosted the inaugural OECS Basketball Champion-of-Champions Tournament, and as hosts, Dominica was represented by two teams, viz. Eagles and Cardinals. Rats was a member of the Cardinals then and they placed 2nd in that 9-team tournament. Later that year, Birmingham was part of the Dominica National Basketball Team as they participated in the 4th OECS Basketball Tournament which was staged in St. Kitts.

In 1990 Derrick was selected on the training squad for the Dominica National Team to participate in the attempted revival of the Windward Islands Basketball Tournament which was carded for Grenada. Unfortunately, that tournament did not take place.

However, 1990 did see Derrick representing his team and Dominica. Firstly, as a member of the Cardinals, he participated in the OECS Caribbean Club Championship held in St. Lucia where Cardinals placed 2nd from the six participating teams. Later that year, Dominica hosted the "national" team of St. Maarten who played against the Cardinals and the Dominica National Team; Derrick was a member of both teams.

In 1992, Cardinals undertook a weekend tour of Martinique, where they engaged and defeated the Martinique Under-23 Team, and twice beat Martinique's top club Gauloise.

Dr. Rats in Overseas Leagues: Derrick extended his rebounding and shooting skills in leagues out of Dominica, playing in the main basketball league on the French Overseas Department of Guadeloupe. He first played with Presenic de Grand Campe in 1992, and subsequently became a member of Amical Club Dabousa in 1994.

Referee, Coach Birmingham: Although Derrick was not part of the pool of basketball referees who would be assigned to officiate DABA basketball matches, from time to time as a senior player in the league, he was called upon to substitute for an assigned official who had not shown up for his game. And he executed his duties creditably.

In addition to contributing to the game as a player and a substitute court official, Dr. Rats also contributed in the area of coaching. He first held the clipboard in 1999 together with three other coaches, at the 2-month-long Second Summer Basketball Camp for students who were keen on sharpening their basketball skills. That event was held at the St. Mary's Academy and coordinated by Brian Francis.

His second and possibly his most prestigious stint as a coach manifested in 2000 when, together with Mickey Joseph, he was appointed by the Dominica Amateur Basketball Association to share coaching responsibilities in preparing the squad for selecting Dominica's team to participate in the CARICOM Men's Basketball Competition; the latter was carded for Barbados that year.

After hanging up his boots as a player, Dr. Rats continued in the area of coaching, but with the youth members of the Amical Club Dabousa in Guadeloupe. Unfortunately, the outbreak of the COVID-19 Pandemic in 2020 brought the programme to a sudden, screeching halt!

Heading a Basketball Family: Derrick Birmingham heads a basketball household. His common-law wife Athlene Magloire retired from basketball as a player and table official several years ago. But one of their daughters Ahlai-Ann, and their three sons – Kirby, Tilon and Maxwell have been involved in basketball at different levels during the past few years. As a family, they were featured in Segments B and D of the Jump Ball article, "Basketball in The Family" in December 2017.

Remarks: Derrick "Dr. Rats" Birmingham made a significant contribution to local basketball, playing with four teams in the national league, playing in DABA and community off-season leagues, coaching, occasionally officiating and most importantly representing Dominica as a member of the Dominica Senior National Basketball Team and his club Cardinals.

Derrick currently resides overseas and is still giving back to the game, coaching the youth to be the stars of tomorrow. Jump Ball wishes Dr. Rats all the best in his retirement and current endeavours. Keep on doing what you're doing. And you're doing it well!