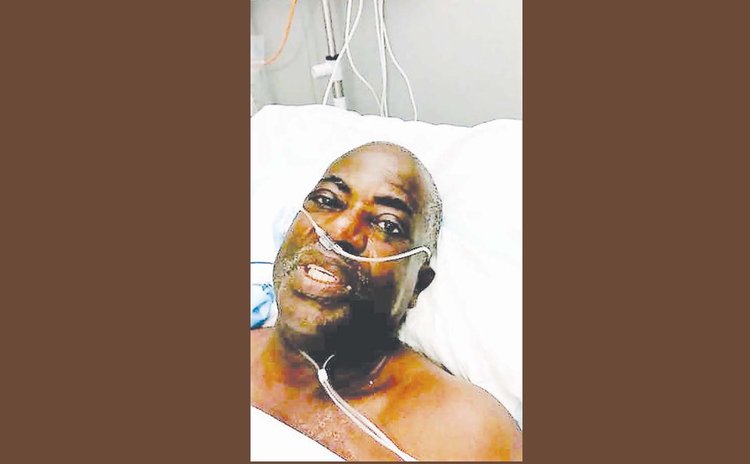 "When I saw him yesterday he was the best he could have been under the circumstances," said Dr. Sam's friend from a WhatsApp message made available to the Sun. "(He is) in high spirits and positive mentality."

The accident occurred when the SUV that Dr. Christian was driving rolled over him shortly after he tried to exit or enter the vehicle. He suffered a broken pelvis and severe damage to major organs.

Dr. Christian was flown to Martinique Sunday last week in an emergency after he was admitted to the Princess Margaret Hospital (PMH) in a critical condition.

"Information from several sources in Martinique, including Dr. Christian's female partner, indicate that he is doing well after the surgery which was done on Sunday night. She stated in a message circulated via WhatsApp, that in his own words, Dr. Christian is feeling "much better" than how he felt prior to the surgery," said a report on Dominica News Online, a website that posted at least four stories on Dr. Christian's accident. "Another report from someone who visited Dr. Christian at the hospital in Martinique, describes him as being lucid and said that from his hospital bed, he thanked all the first responders, nurses and doctors at the PMH for doing an outstanding job with the means available."

Earlier, Gabriel Christian, a Massachusetts-based lawyer said he was thankful for the effort by doctors and others to keep his brother alive.

"This sort of cooperative effort that was made manifest in the care of Dr. Sam, we don't want it just for him," Gabriel Christian said. "We are a gracious and loving family; we are a gracious and loving people when we try. And so, we look at this in a very sort of philosophical way; that maybe God is using Sam as an instrument of his will to really heal the bitter divide in Dominica."

In a recent video interview on YouTube Dr. Sam Christian said the operation in Martinique was highly professional and "everything went as clockwork".

"We got over the main hump but there's some ways to go," said Dr. Christian, the United Workers Party (UWP) candidate for the Soufriere constituency for the up-coming election.

"Modern medicine has come a long way," he told his interviewer. "In another time things would have been different."

"Our prayers are with Dr. Sam and his family during these trying times. Let us also pray that he will recover from these incredibly traumatic injuries," said an announcement posted on 5th December 2018 entitled "Help Dr. Christian" on DNO. "And let us show our love and support for Dr. Sam and his family by giving generously towards his medical expenses. No amount is too little or too large. Thank you so very much for your support."