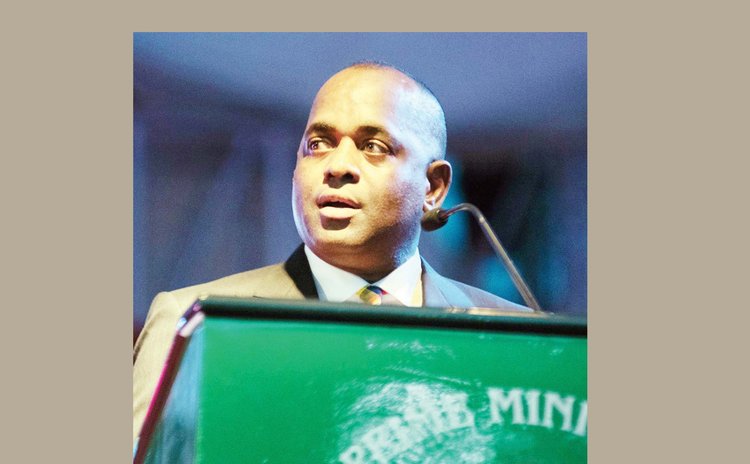 Prime Minister Roosevelt Skerrit gave the unmistakable impression that his Independence Day address on Saturday will be his last before the next general election.

Vote for me, Skerrit seem to be saying during his 57-minute speech, look how well we have done together after Hurricane Maria.

"We have not reached the Promised Land as yet, my dear people...but we sure are on our way!" he said. "We have fought the good fight, and notwithstanding the gloom and pessimism of some in our midst, we are today winning the battle!"

Speaking as the sun went to bed and the gentle breeze from the Roseau River cooled the faces of thousands at the newly renovated Windsor Park Sports Stadium on 3rd November, Independence Day 2018, Prime Minister Skerrit claimed that the category five Hurricane Maria that devastated Dominica 400 days ago had been defeated.

"Hurricane Maria messed with the wrong island!" he said. "It attempted to weaken and destroy the spirits, of the wrong people! Dominicans may get knocked down, but they do not stay down, for long. I said to myself then, and I say to you today, my Sisters and Brothers - Dominica is back! Dominica is moving! Dominica...is on the road again!!"

Forget the fact that during the speech the prime minister did not offer figures or statistics-like how many roofs have been replaced or how many houses remain roofless or how much money was pledged and how much of these pledges had been honoured- he just pilled on the optimism, like a kid pouring syrup on pancakes.

"Let there be no doubt about it, my dear people, Dominica is on course to realizing its goals and we are determined that it shall be climate resilient, in the next five years!" Skerrit said.

And to solidify the impression that he was delivering a pre-election Independence Day speech, Prime Minister Skerrit went on to promise senior citizens a one-off gratuity payment to the lowest paid categories of pensioners in Dominica.

"Those who currently receive $300 a month as a non-contributory pension, shall in the month of December, receive a total of $500," said Skerrit adding that seniors who normally receive $300 -$500 each month "shall next month receive an extra $300, as a "top up", and as a gesture of this country saying "thank you...for services rendered".

Prime Minister Skerrit also said students will receive a gift- government will be paying 40% of the outstanding balance on their student loans if these students return home to help rebuild Dominica.

Despite PM Skerrit's glittering assessment of a post-Maria Dominica, the Opposition United Workers Party (UWP) has a vastly different take on the state of Dominica after Maria.

"We stand powerless as galloping unemployment, grinding poverty, disappearance of the middle class, rising crime and degradation of social services slaps us in the face each and every day," said Lennox Linton in his Independence Day message.

On the Prime minister's speech Joshua Francis, the Member of Parliament for Roseau South said the address was uninspiring, un-statesmanlike and very hollow for the occasion.

"The speech was laced with a lot of partisanship, political seduction, campaign rhetoric, and political attacks on the political leader and team of the United Workers Party," Francis wrote on his Facebook page.