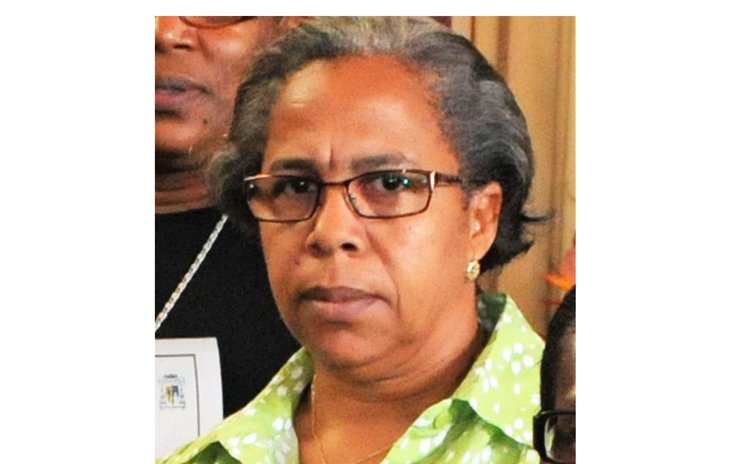 And Prentice is stepping into the seat made vacant when long-serving principal Josephine Dublin retired at the end of the 2016/2017 academic year.

A graduate of the University of London, Prentice is no stranger to the CHS. For the past 33 years, she has been teaching principles of business, geography, office procedures, typewriting and art & craft at that Catholic school. She has a difficult act to follow after Dublin and the iconic Dorothy Leevy.

"One of the challenges will be to get parents to allow students to develop themselves not just academically but emotionally," Prentice said. "In addition, we live in a technology controlled era and it would be foolish not to mould students to be responsible digital citizens."

Asked how she feels about walking in the footsteps of former principals Levy and Dublin she said: "It will be a challenge to step into their carved places; however, one should not attempt to just try to walk in their shoes but rather to navigate one's own path as the present education field exists and operates a very fluid technology environment."

Called Bella by her colleagues and Miss Prentice by her students, the new principal says she's a team player and she can't do it alone.

"All stakeholders will continue to play their role in the school," she said.

Prentice holds a Bachelor of Science degree in geography from the University of London and from 2004 she has been heading the department geography at the CHS. She had been principal Dublin deputy for seven years. Prentice is currently pursuing a master's degree in education leadership and management with The University of the West Indies.

Prentice is also involved in the Dominica credit union movement having served at the former Roseau Credit Union as a volunteer on the credit committee and now of the National Cooperative Credit Union (NCCU). She has also served on the Audit Committee of the Caribbean Confederation of Credit Unions (CCCU).

A teacher who worked with Prentice for many years at the CHS told the Sun that Prentice was the obvious and best choice for the post of principal of the CHS.

"She is qualified and knows teaching. She has over the years been the deputy and she will no doubt continue the work which Mrs. Levy and Dublin started. She is an asset to the CHS and has our fullest support," she said.