Prepare for a long haul: The storm is not fully formed 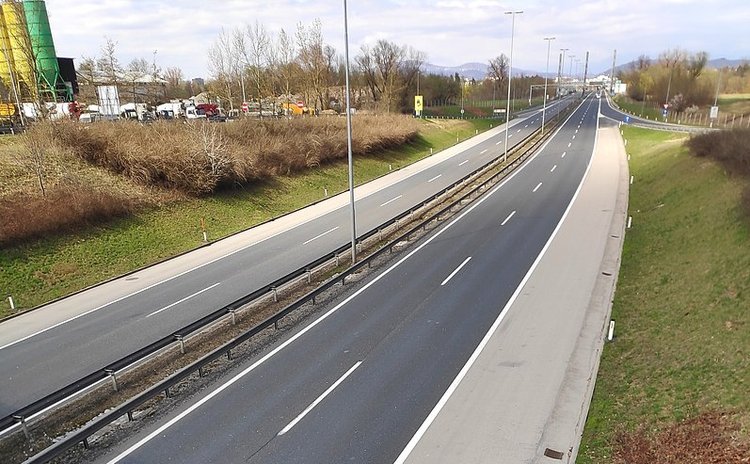 COVID-19 is destroying the prosperity that several Caribbean countries anticipated at the beginning of 2020.

The growth projections by the Economic Commission for Latin America and the Caribbean (ECLAC) for Antigua and Barbuda of 6.5%; Dominica 4.9%, Dominican Republic, 4.7%; Grenada 4%; and St Kitts-Nevis 3.5%, evaporated overnight as COVID-19 walloped the economies of these countries. By the end of March 2020, it was clear that all these economies would shrink significantly by the end of the first quarter of the year, and that the second and third quarters would be no better.

Guyana's economy was on track to grow by a phenomenal 85.6% largely because of production and sales of newly discovered oil and gas resources. That growth is also unlikely to happen now as oil prices plummet amid reduced demands in a world that was largely shut down for weeks in March and April in attempts to curb COVID-19's spread. The political situation in Guyana, where results of a March 2 general elections are still not final and verified as credible, and the contraction of the economy by the effects of COVID-19, make the huge projected growth very unlikely.

The Bahamas was already forecast to have negative growth of 0.6%, and Barbados, climbing out of a period of prolonged economic decline, was projected to grow by 1.3%. The blows delivered to these economies, from the sudden and complete closure of the tourism industry, have further set back their prospects.

A meeting of Heads of Government of the Caribbean Community (CARICOM) on April 16, rightly looked to the International Financial Institutions (IFIs), particularly the International Monetary Fund (IMF) and the World Bank Group (WBG) to access "assistance to meet the financial challenges arising from the crisis".

In the harsh reality of significantly reduced revenues and increased emergency costs to prevent and contain the coronavirus, many of these countries will find it extremely difficult to pay pensions and wages of their public service establishments. They all need both an injection of money to help them meet budgetary costs over the next nine months at least, and a suspension of debt service payments to other governments and private lenders from whom they have borrowed.

But it is clear that the countries that control the levers of the global economy, including the decision-making bodies of the IMF, the WBG, and the Paris Club, have no intention of allowing suspension of debt owed by middle-income and high-income Caribbean countries, even though, the criteria is a false measurement of development and financial capability.

G20 Finance Ministers – the representatives of the world's richest nations – meeting on April 15, issued a communiqué that was long on words, but short on commitment to deliver on the needs of any but low-income countries. It is almost as if countries are being punished for better policies and economic performance.

The COVID-19 pandemic has once again highlighted not only inequality between nations but, more importantly, the damaging consequences of an unjust economic order. While rich nations will suffer unemployment and economic decline, they have all the resources to recover from these circumstances. Developing countries – particularly small developing states – don't.

Globally, there is now the prospect of a serious debt crisis, and the Caribbean is engulfed in it. If the problem is not addressed, there will be more than $100 billion in capital outflows from developing economies. That figure, calculated by reputable organisations, is nearly five times the level from 2008 when a global recession was started by the failures of major US banks.

At the end of the disastrous effects of the pandemic – whatever unpredictable shape that takes – small developing countries, for the most part, will be left poorer, highly-indebted and with little fiscal space, after debt servicing, to return to their growth projections in January 2020. COVID-19 has created a storm much worse than any brutal hurricane that the Caribbean has ever suffered.

The G20 leaders said that they will do "whatever it takes" to stop companies and households in their countries from taking a heavy loss of income. But despite declaring that "global action, solidarity and international cooperation are more than ever necessary", they have given no such undertaking to the countries outside their own nations, except to low-income countries, which, in the Caribbean is Haiti.

The United Nations Conference on Trade and Development (UNCTAD) on March 30, called for a $2.5 trillion coronavirus package for developing countries. UNCTAD argued that this figure matches the sum of 0.7% of their Gross Domestic Product that developed countries had pledged to deliver over the last ten years but didn't. Only five of them – all in Europe – fulfilled their undertaking.

UNCTAD detailed the use of the funds in three ways: a $1 trillion liquidity injection - a kind of helicopter money drop for those being left behind; a debt jubilee for distressed economies, including an immediate debt standstill on sovereign debt payments; and a Marshall Plan for health recovery, largely in the form of grants.

While every developing country should agitate for acceptance of the UNCTAD proposal, it would meet strong resistance from the most powerful nations. Already, the IMF's board of directors was restrained by the countries with largest voting rights from lending to Venezuela and Iran. Further, the defunding of the World Health Organisation (WHO) by the United States because of its perception that China influenced the organisation over the pandemic, indicate political considerations and not humanitarian or even financial ones.

What the response to the COVID-19 pandemic has demonstrated again is that the prevailing policies of the IMF and WBG are unhelpful to the majority of nations of the world, including the Caribbean, that are classified as middle or high income, disregarding the many other factors of their underdevelopment and vulnerabilities. For instance, the IMF/Bank proposals did not address rescheduling or forgiveness of multilateral debt or debt owed to private banks.

Caribbean countries will get loans from the IMF and WBG after going through many hoops, but the process will not be swift, and the conditions will be rough. In these circumstances, Caribbean governments, the private sector, political parties, and trade unions need to collaborate on the actions they can jointly take to weather the gathering storm that has not yet fully formed. They also must prepare for a long haul.