President-elect Emmanuel Macron and his vision for France 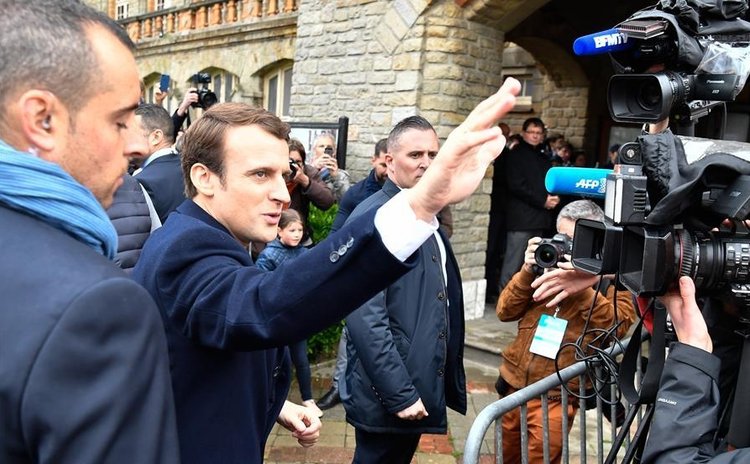 The projections indicate that Macron garnered between 65 to 66.1 percent of votes, and Le Pen between 33.9 to 35 percent. The results will make Macron, who has never held an elected office, the eighth president of the French Fifth Republic and the youngest ever leader of the European powerhouse.

From a middle-class family in Amiens, northeast France, Macron obtained a master's degree of philosophy at Paris Nanterre University and a master's degree in public affairs at Paris Institute of Political Studies (Science Po), before training for a civil service career at National School of Administration (ENA).

After graduation, he worked as a finance inspector in the ministry of economy between 2004 and 2008. From 2008 to 2012, he worked as an investment banker at Rothschild & Cie Banque.

Macron was an advisor to Francois Hollande during his election campaign and later became Hollande's economy minister in 2014. He was one of main figures that forged the law on growth and activity, as well as the Responsibility Pact, flagship pieces of the Socialist government's roadmap to revive sluggish growth and lower unemployment in France.

Two years later, he quit his post to launch his bid for the 2017 presidential election, and created his own political movement "En Marche!" (On the Move!), which he described "neither in the left nor in the right."

Throughout his campaign, Macron has been portraying himself as a "candidate for jobs," and proposing "progressive" measures to "pull France into the 21st century."

He pledged to further reduce French high employment charges and increase workers' minimum wages by 500 euros (549 U.S. dollars) per year by cutting taxes on wages. He also wants to raise taxes on consumption and wealthy pensioners.

Furthermore, he promised to cut public expenditure by 60 billion euros (65 billion U.S. dollars) in order to stick to France's commitments to bring down budget deficit to GDP (gross domestic product) ratio to the eurozone threshold of 3 percent. He also vowed to reduce corporate tax to 25 percent from the current 33.3 percent and to slash civil servant jobs by 120,000.

As for unemployment issue, the centrist candidate vowed to lower joblessness rate to 7 percent by 2022 from the current 9.7 percent.

On governance, he planned to cut number of lawmakers by a third in both the Senate and National Assembly and ban the hiring of family-members as assistants of lawmakers.

Macron is also known for his pro-European Union (EU) position, pledging to "revive the European project," which made him the favorite of Brussels and Berlin throughout the campaign.

Macron is married to Brigitte Trogneux, his high school teacher who is 25 years his senior.