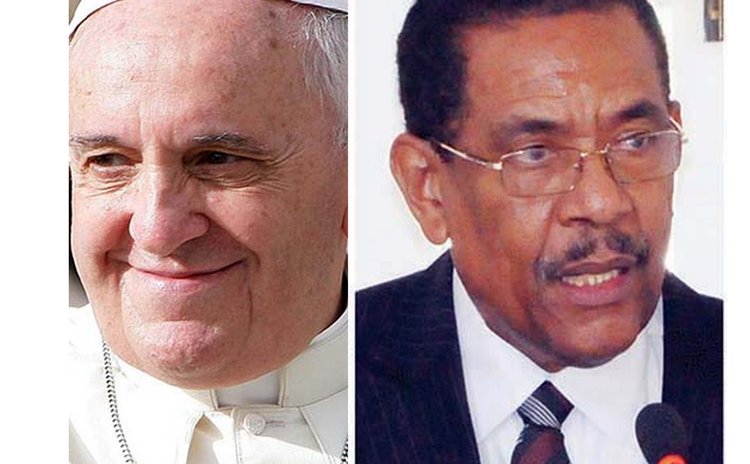 This morning, Friday 22 January 2016, in the Vatican Apostolic Palace, the Holy Father Francis received in audience the President of the Commonwealth of Dominica, His Excellency Charles Angelo Savarin, who subsequently met with Cardinal Secretary of State Pietro Parolin, accompanied by His Excellency Archbishop Paul Richard Gallagher, secretary for Relations with States.

During the cordial discussions, reference was made to existing good bilateral relations, expressing the opportunity for a fruitful joint collaboration between the State and the Catholic Church, who offers a significant contribution to the promotion of the dignity of the person, as well as in the sectors of the education of the young and assistance to those most in need.

Finally, attention turned to various themes of regional and global relevance, with particular reference to the protection of the environment and the theme of climate change and natural disasters, which cause grave damages and claim many victims among the Island's population. (Holly See Press Office)