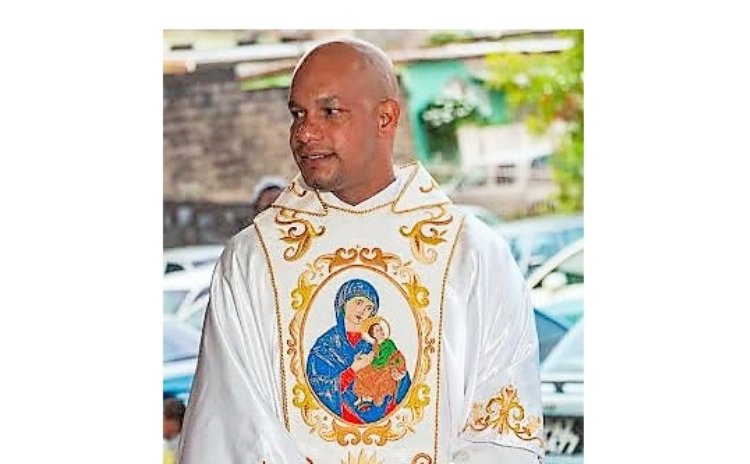 Certainly, the shock of last week had to be the news from the Roman Catholic Church that one of their parish priests had been placed on an "indefinite leave of absence" due to accusation of misconduct.

In a press release, the Diocese of Roseau and the Redemptorists of the Baltimore Province stated that they have received an accusation of inappropriate behaviour against Father Elton Letang, and after consultation, the decision was taken to have him removed as the parish priest of St Paul and St Ann.

According to the statement, the priest is not now permitted to minister in any capacity in the Diocese of Roseau or elsewhere while the Redemptorists are investigating the accusations made against him.

It said that the Diocese of Roseau and the Redemptorists take "all accusations of misconduct seriously" and steps are being taken to examine the case.

The Roman Catholic Church, which did not indicate the "inappropriate behaviour" said there will be no further comment on the issue at this time and that the process will take its course to ensure fairness, care, and concern to all parties involved.

Second, in this week's recap is the Konmité pou Etid Kwéyòl (KEK) who recently celebrated their 40th anniversary.

On the occasion of the 40th anniversary, KEK paid tribute to founding members who have passed on – Anita James, Marcel Djamala Fontaine, and Felix Henderson – for their tremendous contribution towards the development of Kwéyòl.

In light of this milestone, the cultural group has informed that several activities will be held over the next several months to mark this occasion.

Twenty of the 25 nurses from Dominica who sat and excelled in the Regional Examination for Nurse Registration (RENR) boasting an eighty percent (80%) pass rate.

The top performer for Dominica was Micarla St Rose with an eighty-three percent (83%) pass mark.

The Regional Examination for Nurse Registration (RENR) is managed by the Caribbean Examination Council (CXC) on behalf of the Regional Nursing Councils (RNC) and is the qualifying exam for nurse registration in the majority of CARICOM countries.

A former member of parliament for the Castle Bruce constituency and current Ambassador and Permanent Representative to the United Nations Loreen Bannis-Roberts has been appointed as a special envoy for Netball here in Dominica.

This was done at the official commissioning of the fully-equipped multipurpose hard courts at the Windsor Park Sports Stadium on June 6, 2021.

The St Nicholas University School of Veterinary Medicine is making good on its promise to attract international students to Dominica.

The first of its kind veterinary school of studies for Dominica was officially opened on January 29, 2021.