Prime Minister Roosevelt Skerrit to Supporters: That I'm not voting thing must stop 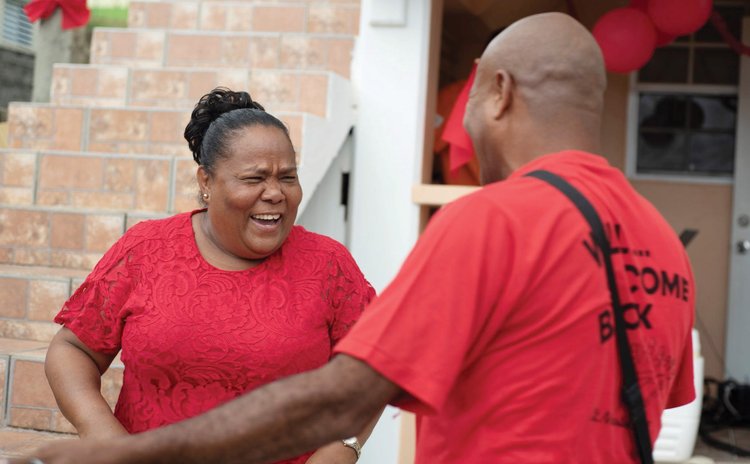 "If you say Labour is bad, you cannot go from bad to worse," said Prime Minister Roosevelt Skerrit on Sunday to hundreds of Dominica Labour Party (DLP) supporters at the launching of former teacher Octavia Alfred as the DLP candidate for the Castle Bruce constituency at the upcoming general elections.

During his speech, Skerrit, more than once, urged his supporters to stop saying that they will not vote at the next general election, apparently because of their deep dissatisfaction with Skerrit's choices of candidates for the DLP's 2019 campaign.

"That I am not voting (thing) among Labourites must stop, must stop," he said.

Throughout his delivery Skerrit sought to depict members of the opposition United Workers Party (UWP) as misfits.

"UWP is launching a buggy tonight," Skerrit said about the UWP's meeting on the Dame Eugenia Charles Boulevard in Roseau to name its 21 general elections candidates. "They are bringing back left-over soup. Nobody enjoys left-over soup".

During his speech, Skerrit attacked Linton mercilessly saying that "he has not held a job in decades" and the DLP political leader also resurrected an old 2014 campaign allegation that Linton plagiarized a speech from Saint Lucia's Prime Minister, Allen Castanet.

He also pounced on former DLP supporters Athie Martin and Crispin Gregoire whom, he said, are currently writing the UWP manifesto.

"He's not the originator of half-a-decent idea," Skerrit said of Martin, who was Agriculture Minister in the Rosie Douglas DLP administration, and added that Gregoire was dropped "from the Labour team".

"I think that something about Crispin is not right," Skerrit said.

He said he could not imagine "how horrible life would be under Lennox Linton" and "we have to get this election right" because "we have a long hard road ahead of us."

Skerrit's speech was in sharp contrast to the address by the candidate of the night, Octavia Alfred, who uttered not a negative word about her UWP opponent, Ernie Lawrence-Jno Finn, also a former teacher.