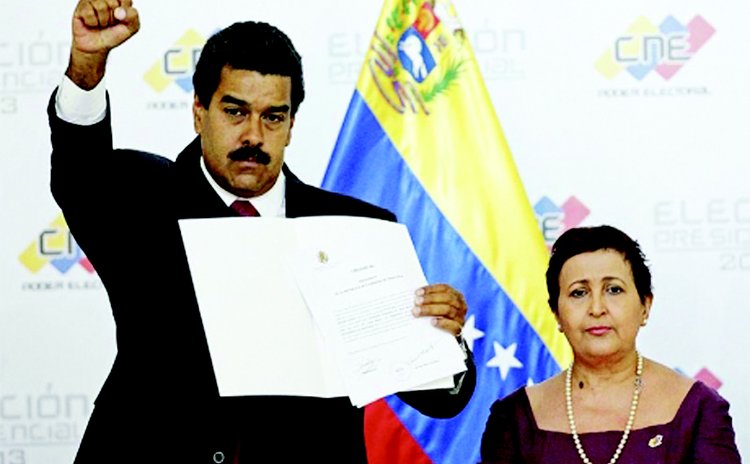 Prime Minister Skerrit stated "in many respects, this has brought closure to the process of rejuvenating Venezuela and Venezuelans, following the loss of your late revered leader, President Hugo Chavez. Calling Chavez a true visionary, the Prime Minister noted that Chavez endorsed Maduro to lead the influential South American nation prior to his untimely death. Prime Minister Skerrit is known to have enjoyed a close personal relationship with President Chavez.

In his letter he added "The Government and people of the Commonwealth of Dominica stand in solidarity with you and your new administration. We are committed to working in furtherance of the policies and philosophy for Venezuelan and hemispheric development, as enunciated by the late leader and yourself over the years.

"Initiatives such as ALBA and Petro Caribe have withstood the test of time and have been a marked success in building regional unity and cooperation. Dominica reaffirms its support for and commitment to these initiatives. We look forward to working with your new administration in the creation of new efforts at strengthening historic bonds of friendship and cooperation between Venezuela and sister nations in this region.

"At the personal level, I am elated to welcome you to the council of leaders of the region. I have worked very closely with you over the past four years and I am fully aware and appreciative of the vast knowledge and skills that you bring to the region at this crucial period in our development. "In his victory speech Maduro, proclaimed a new era in the Bolivarian revolution and said his victory was further proof that Chavez "continues to be invincible".

The inauguration of President Maduro is scheduled for 19 April.