Prime Minister Skerrit: I am not being investigated by the US 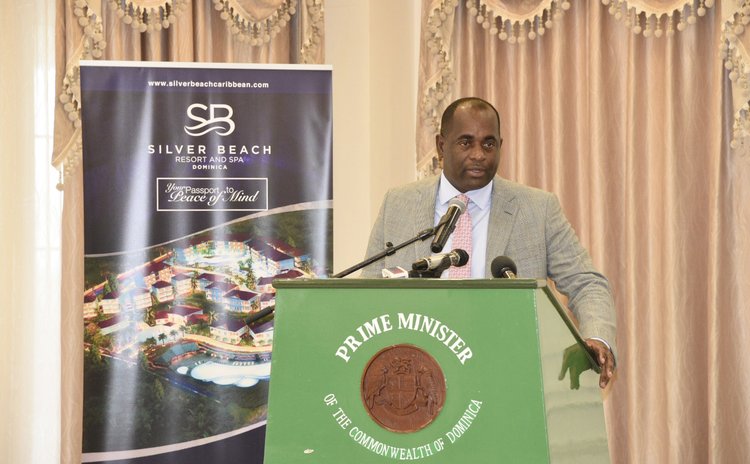 Prime Minister Roosevelt Skerrit, speaking from Greece yesterday, has denied that he is under investigation by a US agency, a story that flooded social media a few days ago.

"The agents of Lennox Linton and his cohorts have gone beyond the boundaries of decency and respect for the sovereignty of Dominica when they suggest that its leader is the subject of investigation by individuals or agencies whom they themselves cannot name," Skerrit said. "This is now the height of irresponsibility and shows a callous disregard for the impact of this juvenile, smear campaign on the image and wellbeing of Dominica".

He continued: "They have sought to name me as a person of interest in criminal investigations being undertaken in the United States when my alleged involvement is a complete falsehood. Before I deal specifically with this, let me assure Linton and his collaborators that foreign governments and our partners with which we do business will not be fooled by this unfolding smear campaign because they have been told to expect this. Our friends in the US will not be surprised and the fact that they know that no such investigation of myself is being undertaken, will simply confirm to them what we already know, that is, if the opposition cannot win playing fairly, they will use underhanded tactics to seek to do so". Skerrit reiterated that he "has never sold and will never sell Diplomatic Passports to anyone and I certainly did not sell a Diplomatic Passport to Mr. Monfared."

Over the past two weeks, the opposition United Workers Party (UWP) has taken the Government to task for providing Iranian fugitive Ali Reza Ziba Halat Monfared, 43, with a Dominican diplomatic passport.

The Ministry of Foreign Affairs issued an explanation that Skerrit repeated in his address to the nation.

He said: "In 2014, Ali Reza Ziba Halat Monfared, an Iranian businessman resident in Malaysia, became a citizen of Dominica under the Citizenship by Investment Programme (CBIP). Prior to becoming a citizen a comprehensive due diligence investigation was conducted in 2014 in respect of him by an internationally recognised U.S. due diligence firm as required by the relevant regulations.

"Mr. Monfared's due diligence report showed no areas of concern in any jurisdiction or country including Iran and he passed all other security checks. Additionally, the report found no pending legal or other matters against him anywhere.

"Mr. Monfared at the time, was found to be a respected businessman with substantial business ties in Malaysia and Southeast Asia and demonstrated a great desire to be of assistance in promoting Dominica and sourcing business and investment opportunities on behalf of Dominica in that part of the world.

"To facilitate his engagement, Mr. Monfared was appointed with Ambassadorial rank. A diplomatic passport was issued to him on March 13th, 2015. Mr. Monfared's diplomatic passport was recalled and cancelled and all official ties with him were severed effective January 20, 2016, upon receiving information that he may be a person of interest to authorities". On Friday, Kenneth Rijock on his "Financial Crime Blog Analysis and Commentary on Money Laundering and Financial Crime" alleged in an article that "prime minister of Dominica was under criminal investigation in United States". Rijock did not name the agency and also did not name his sources.

Skerrit said in the address that the article was "a carefully crafted smear job which pieces together snippets of truth to create a completely false story".

"How one can seek to create a link between the regular issuance of a diplomatic passport to an alleged violation of international sanctions is simply too incredible to behold," he said. "For the record, I have not been approached nor has my assistance been sought in relation to any of the matters referred to in this article. I have been assured that I am in no way considered a person of interest or relevance to the sanctions evasions case nor any case in Iran against Mr. Monfared."

Skerrit then asked his supporters "take a stand and speak out against these brazen acts" and let their voices be heard "in condemnation of these politically barbaric acts on the part of the opposition".

At a meeting on Thursday the UWP demanded the resignation of the Government.