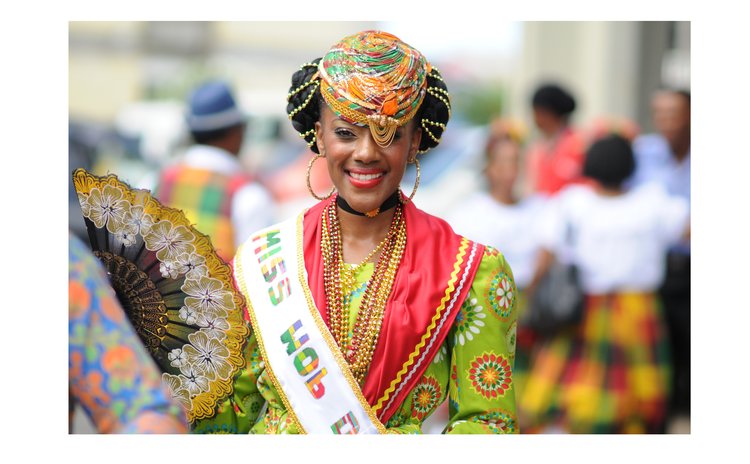 Isn't she lovely, isn't she wonderful in her Wob Dwiyet, isn't she a proud Dominican woman?

We think so. The judges of the 2016 Miss Wob Dwiyet Pageant held at the Old Mill Cultural Centre in Canefield last evening agreed.

These judges voted to sash lovely Primrose David of Massacre as the 2016 Miss Wob Dwiyet; she outclassed six other contestants in the annual competition, one of the highlights of the Independence celebrations. Primrose won awards for Best Wob and Best Spectacular Wear.