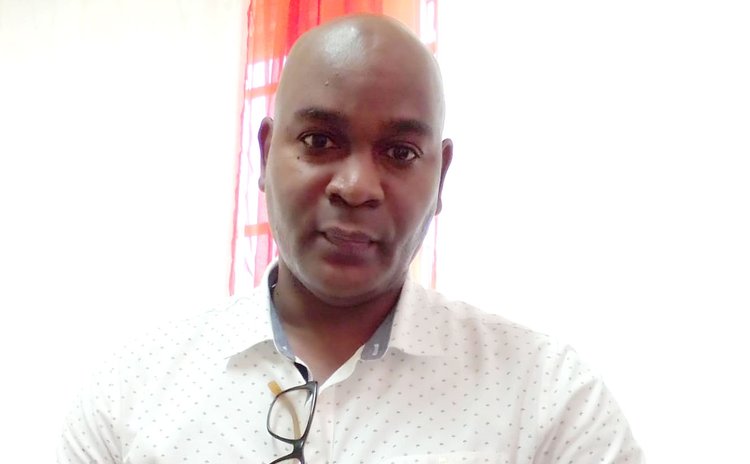 The spark of interest in costume building was ignited in him when just a teenager, but that spark has grown into an ever-burning flame of passion for the art form.

These costume builders are highly sought-after particularly because their creations are believed to be from overseas.

"They always thought that it came from Trinidad,' he divulged. "And we tell them 'no, it was built right there in Portsmouth, at Perry Alcid Junior's home'."

St. Jean recalls his early beginnings during high school when children would help with the costume building for school events. Upon leaving the institution he pursued this skill set where he and others were tutored by Perry 'Cookies' Alcid Jr. and Dr. Honychurch.

"We learned the expertise and grew from there. We continued making our contribution to Dominica's cultural landscape, carnival, and other various shows that required a costume segment," said St. Jean.

Some of the more memorable designs by the northern costume builders are those worn by Miss Dominica 2015, Odessa Elie, and the first runner-up in the 2017 Miss Dominica pageant, Karla Henry. Awards have also come in for a slew of costumes in the Miss Teen Pageant which St. Jean said: "Most of our Miss Teen costumes were Best Costumes."

For some, doing the same job for several years can become a mundane task, but St. Jean, with over two decades of costume building experience under his belt, keeps going.

"Costume building for me, it makes me a whole person," he said. "It completes me in a sense of having all this creative energy flowing through my veins, and carnival is one of the events that brings out a lot of costume building,"

Costume builders vie not only for the best costume award, but the best-in-costume award as they produce creations for a myriad of pageants including Miss Dominica, Miss Teen, Miss Wob, and smaller-scale pageants.

St. Jean admits his favourite pageant to create for is the Miss Teen Dominica.

"With the Miss Teen competition you can get an entire class to come in as part of their VPA (Visual and Performing Arts) experience," St. Jean said. "They'll come in and they'll contribute little things that will help you complete a costume. And young people tend to be a little more competitive at the school level."

Despite all the glitz and glam of costume building, there are several challenges associated with pulling off this feat successfully.

"In Dominica, we don't have an actual source for costume-related material, so we have to source those from overseas long in advance," he said. "Slow financing by sponsors for sourcing these materials is also a concern. And the location to build the costume, you need a lot of space for costume building."

Regardless of the challenge, St. Jean remains committed to the art form as the rewards far outweigh the obstacles.

He is a firm believer that other young people should get on board with the technique of costume building.

"It is a craft that we need to continue," he said. "And if you realize, most of our costume builders are grown and they are slowly making their way out of this tradition and we need people to understand the craft and develop it for continuity."

'Cookies' and crew usually train young people during the carnival season when there is a costume under construction.

St. Jean says two years of no costume building has been tough on those in the industry.

"It's really hard for costume builders and to those who earn a living from it. It is like we're being stifled financially and creatively," he said. While costume builders from the north specialize in pageants, St. Jean revealed one of their visions is to create a costume for a band on the road, which they hope to see come to fruition.