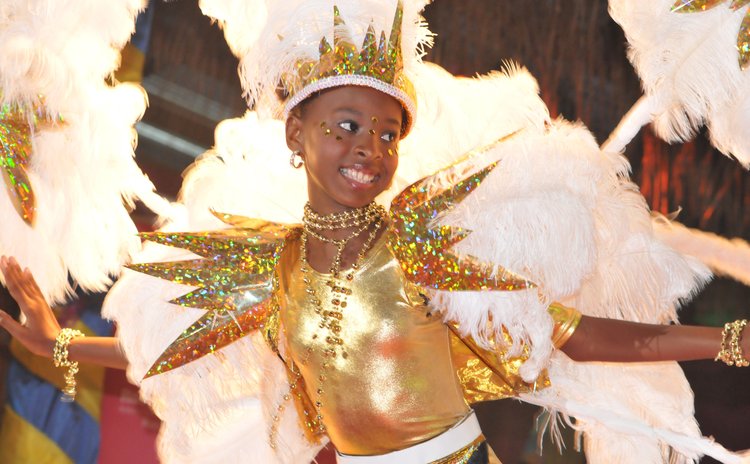 Carnival Princess 2016 performs at the competition

Rayne Benjamin, 10, of the Convent Preparatory School is the Carnival Princess for 2016.

She out-performed five other contestants and captured the crown at the Harlem Plaza on January 24.

She won the awards for Best in Party Dress, and Best in Costume.

Rayne told reporters after the show that she felt happy that she represented her school in the 2016 Carnival Princess Show.

"I am going to show it to my school and they are going to be very happy," said Benjamin.

She noted that her favourite rounds were the talent, party dress and costume segments.

While preparing for the pageant she said that she received help from her parents, family and teachers.

"All those who want to take part in the Princess Show I encourage you to take part and do your best and go out there and show the world what you can do."

Rayne Benjamin's mother Kimara Hurtault said that Rayne entered the competition late; however, her team had a plan to be consistent all through.

"She was the last contestant to come in but we had a plan and our plan was to be consistent in every round," said Hurtault.

Second Runner Up was Kyanna Etienne of the Grand Bay Primary School. She captured the award for Best Talent.

Etienne said that she felt happy that she participated in the Princess Show and emerged second runner up.

"My favourite round was the talent round because people were very happy when I could show them some of my magic," she said.