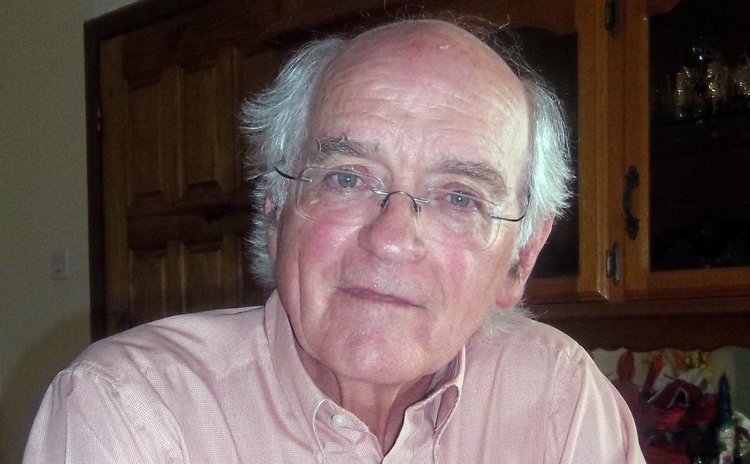 One of the oldest educational institutions in Dominica, the Dominica Grammar School (DGS) had an unexpected visitor in January 2015; he is an Englishman who transformed the DGS 34 years ago.

Former teacher and Principal Jeffrey Keith Gough escaped the cold of England and returned to warm Dominica for a short two-week vacation where he mingled with former staff members and students.

Gough told the Sun in an interview on January 28, 2015 that before he came to Dominica he taught in Liverpool, England and felt the need to do something more. Then, through the Education Supplement publication, he learned that there was a vacancy in Dominica for a teacher for A level physics and mathematics.

"I applied for it and was lucky enough to get it and that's how the story begins," said Gough.

Upon his arrival in Dominica in 1968 he taught for two years before he was offered the position of principal. He accepted.

Gough noted that during his tenure as principal he made a number of changes to the school; many remain up to today.

"One being the girls we introduced; we changed the time of the day from 9:30 am -3:30 pm for essentially to 8:00 am – 1:00 pm with things like sports and science in the afternoons which meant that a number of students didn't have to live in Roseau, they could travel back to their homes by bus in the afternoon. That's easy to do but not back then; the children had to live in town and the parents had to pay for them to go to boarding and some parents found that difficult, so by changing the time it helped a number of students to simply come in the morning and go back in the afternoon," he stated.

Gough, who seemed to remember events like it happened yesterday, went on to explain his bold decision of allowing girls to be part of the all-boys DGS.

"Part of my life is to try to be fair, so one of the things that I looked at, I don't say it's right, it was what I thought at the time and a number of staff, not all the staff, agreed but majority agreed. When they were coming from passing their Common Entrance the boys could choose from two schools, girls could only choose one and that didn't seem fair; so part of the discussion was if we gave girls two choices the same as boys that would seem to be equal and fair and that was the essence of it- girls should be able to have the same number of choices as boys and therefore that's what we did," said Gough.

Gough pointed out that the girls were happy to be in the school and got along with boys quite fine mentioning the fact that primary schools in Dominica were co-educational.

Although Gough implemented historical changes at the DGS, his presence there was the reason for the unrest which took place there during the early 1970's. During that Black Power period Dominica students painted "Gough must go" at the back of the assembly hall. But the unrest didn't persist at the DGS, Gough said.

"The Grammar School then went on with its life and it (the unrest) never came back", Gough said.

Soon afterwards Gough left the Grammar School and moved on to the Sixth Form College, from 1973-1975, where he was also asked to be the acting principal of the Clifton Dupigny Community College now called the Dominica State College. He remained there until he went back to England with his family in 1975.

Commenting on his impression of the DGS today, Gough said he noted that the biggest change is the number of students now attending the school. When he was principal, there were only about 500 students including those who were attending the Sixth Form.

Gough also commented on changes he observed in Dominica since he left here in 1975.

"There are roads which are excellent; I been over to Grand Bay, Petite Savanne, Delices, LaPlaine, Portsmouth-the roads are very good. You won't realize how bad they were before but they are very good now; there are lots of cars now and parking in Roseau is hard. In my time it was easy. Things like housing, there are lot more houses now; they developed Morne Daniel, they developed Canefield, so lot of places have developed housing."

He added: "Some things have never changed; one thing is how very welcoming and pleasant the people are, the people are the same helpful, nice people".

During his time at the DGS, Gough worked with His Excellency President Charles Savarin who was then a teacher at the school.