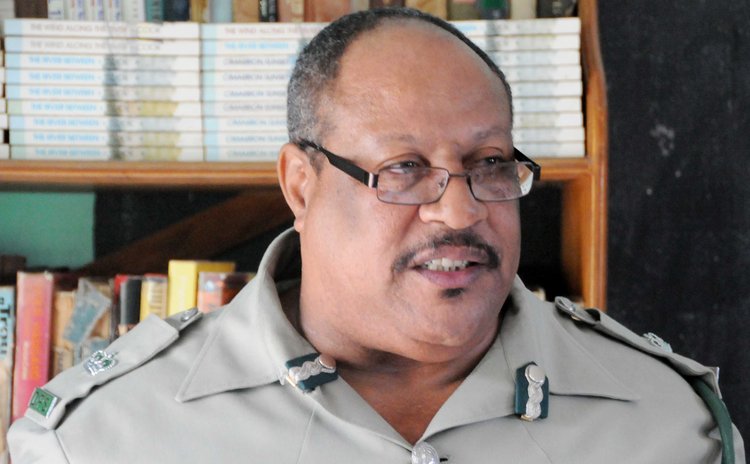 The inmate population at the Stock Farm State Prison has declined yet again, according to figures released by Superintendent of Prisons Dennis Blanc minutes before resident judge Justice Birnie Stephenson closed the September criminal assizes at the Roseau High Court on Tuesday December 3, 2013. It was the third successive assize that the prison population had declined.

On hand for the closing rites was new Director of Public Prosecutions Evelina Baptiste along with attorneys Sherma Dalrymple and Arthlyn Nesty.

Superintendent Blanc informed the court that the number of residents at the prison was down to 238, 10 or 4.03% less than 248 reported at the closing of the May 2013 assizes in July.

The male population was down to 234 compared to 244 while the female population remained at four. The composition of the inmates was 33 males and two females coming from the High Court, 147 males and two females from Magistrates' Courts, 49 males on remand including one juvenile, and five males awaiting trial. The longest serving remand case is one Don Prosper, who is charged with murder, from August 10, 2011.

The escapees also remained at four, Blanc told the court.

Justice Stephenson in turn thanked Blanc for obeying court orders this past assize, for instance the judge asked and had received descriptions on the status of all inmates who had to appear before her. She described an experience where she sentenced a man to two years less time spent and during which he was supposed to get counselling, only for her to discover days later that the man was freed immediately because he had been on remand for two years before his sentence date. And there was another instance where she nearly sent one home only to find that he was currently serving a prison term.

The judge also urged the prison authorities to ensure that inmates who were supposed to take medication and counselling received those services.