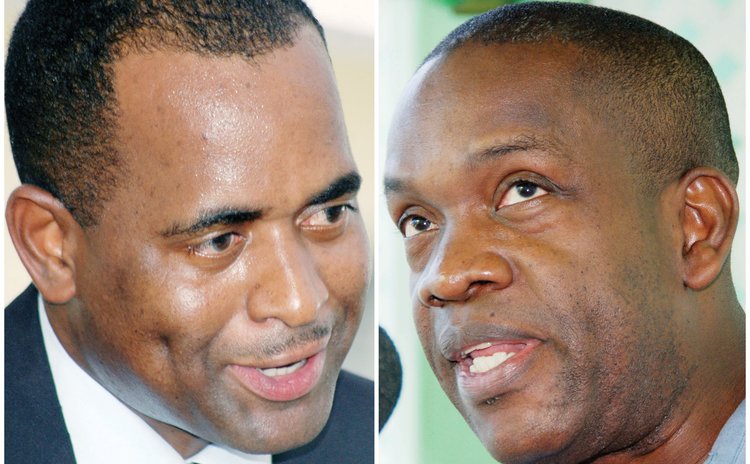 Prime Minister Roosevelt Skerrit has not been known to be paucus with his pledges to move the country forward; or restrained with his promises of development. Mr Skerrit also has been less than abstemious with his vows and his alms-giving, particularly during the last year's campaign, although you couldn't tell by the paucity of undertakings since the poll. It is in that context that questions are being raised about the administration's commitment to keeping its promise to construct an international airport.

"There has been no talk of international airport since the election. It just died. (It seems) it was just an election gimmick and both parties promised to build one" one person observed to The Sun.

The construction of an international airport became a key plank of the campaigns of both Skerrit's Dominica Labour Party (DLP) and the United Workers Party (UWP), with both parties claiming to be the only one serious about it. On page 12 of its manifesto, the DLP promised that it "shall build the long-desired international airport" with financing by a Chinese private sector firm with which the government had signed a pact to build, own and operate the airport, before transferring it to Dominica after a number of years.

"It was just gimmickry, electoral gimmickry," says the development expert, Athie Martin, of the DLP's pledge. "They tried to side swipe the opposition because it was the opposition's issue and they didn't want the opposition to be the only ones with it."

"I don't know why Skerrit decided to fall into that whole airport thing but I guess he recognized that a significant number of people like the idea (and) I guess the opposition pushed him into that," added an overseas-based development expert who spoke on the usual condition of anonymity because of his position.

Both experts argued that any hint of seriousness by the administration must be tempered by the fact that an airport is a costly project that Dominica cannot afford – something the prime minister has admitted – and that external funds are no longer easily available. Both made reference to St. Vincent and the Grenadines where the Ralph Gonsalves administration has been pursuing an international airport for ten years. Kingstown has had trouble attracting all of the US$260 million needed to complete the Argyle International Airport which has missed several opening deadlines.

"From what I see it's going to be difficult. I'm just looking at St. Vincent," said the overseas-based development expert, adding that the prime minister missed an opportunity to get the airport through grants when he negotiated the still secret MOU with China to build the stadium, the hospital and the road to Portsmouth. "To go through build, operate and transfer, the country is going to be forever in debt to whoever builds it; international financing institutions, mainly the World Bank, they are not going to give Dominica that kind of money to build an airport."

"They hit a brick wall because the people who gave them money are no longer giving money for that," added Martin. "They have to face the reality that there are no takers for financing another international airport in the Caribbean and the people who would give them cash – (Hugo) Chavez, (Muammar) Gaddafi, they are not around anymore."

The DLP was not the only party flying on the international airport promise. In fact, a jet airport has been the UWP's pet project, something it holds as sacred. In its "social contract" the party promised to build such an airport, claiming it was the only one credibly on this issue since it had actually begun work on one during its four-and-a-half years in office. However, since the election, it too has gone quiet on the issue.

Martin describes the opposition party's insistence on making an airport the centrepiece of its campaign, as "unfortunate".

In early June 2014, six months after news broke that an international airport would be one of the projects to be financed under a US$300 million agreement which the prime minister signed with the Chinese firm, ASCG, on 8 November 2013, Skerrit announced that "very soon we will make public a document and contents of that document" regarding the financing and management of the airport. Nothing has been seen or heard of this document since. Very much like the airport itself.