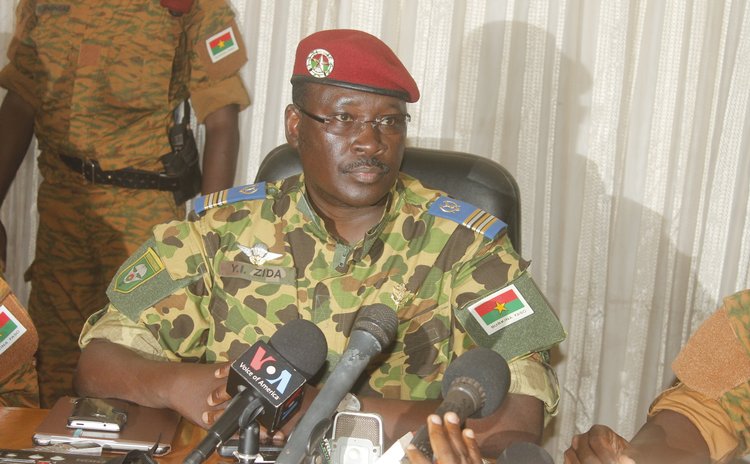 OUAGADOUGOU, Nov. 3 (Xinhua/Sun) -- Thousands of people turned out on Sunday in Ouagadougou streets to demand for military departure and restoration of "civilian rule" in Burkina Faso.

At the Place of the Nation which has now been christened the "Place of the Revolution," protesters assembled to urge the military to return to barracks as a republican army.

After Blaise Compaore's fall, the army which had initially sowed confusion, ended up designating lieutenant-colonel Isaac Yacouba Zida, the second in command of the president's security regiment, as the transition president.

While addressing the protesters, the president of the Union for Renaissance/Sankarist Movement, Me Benewende Stanislas Sankara, said "a republican army should be in barracks."

Amid cheers from the crowd, Sankara urged the army to immediately return power to civilians, noting that many protesters had been shot dead by the soldiers.

"It's the people who chased Compaore from power and it's them who should lead the transition," he reiterated.

An official of "Balai Citoyen" Movement, Herve Magloire Kam, said Zida and the army will only support and secure the transition, but will not be able to lead it if the people remain "united, determined and strong."

"Our desire is that the army helps us to conduct democratic, free and fair elections as soon as possible," he declared.

"The political opposition and civil society organizations want to reaffirm that the outcome of the popular insurrection belongs to the people and therefore the management of the transition should be left to them and it should not be confiscated by the army," a joint statement issued over the weekend affirmed.

In a statement issued on Sunday, a joint delegation of the UN, AU and the Economic Community of West African States urged the military leadership to ensure that transition institutions conform to constitutional norms.

Discussions aimed at achieving consensus are set to be opened between the army, civil society groups and the international community.