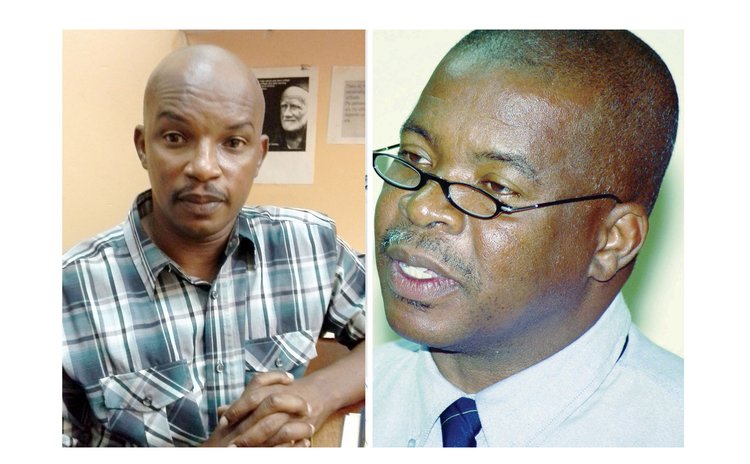 Two negotiators have reached a "reluctant" salary agreement with the government. One says Covid-19 forced acceptance whilst the other cities a lack of support by its membership as its reason for capitulating.

On July 1, 2021, public officers will receive a 1.25 percent salary increase as part of a three-year agreement that the Dominica Public Service Union (DPSU) has negotiated with the government of Dominica.

The agreement settled upon for the 2018-2021 triennium includes a 1.25 percent increase in the first and second year and a one-time payment which is equivalent to one month's salary. There will be no salary increase for the third year.

In an exclusive interview with the Sun, General Secretary of the DPSU, Thomas Letang declared, had it not been for the economic constraints brought about by the pandemic and Hurricane Maria in 2017, such a proposal by the government would have been rejected.

"The offer that we got, really cannot do much for the public officers. However, we consulted with our members and while what we really wanted in terms of an increase is not what we got, several factors did influence our decision, mainly the current state of the economy," Letang said. "Despite what people may think, we believe that the economy is not in a good shape."

The government has also pledged its commitment in taking to Parliament a Bill which will significantly improve the terms and conditions of non-established public officers "in terms of their vacation leave, their sick leave and study leave among other things" for enactment no later than June/July 2021.

Letang said that the government was also receptive to the union's proposal to facilitate assistance to public officers after a disaster that will not require them having to go to parliamentarians.

"Government has agreed to our proposal and that is to establish a fund and every year budgetary allocations will be made towards that fund and there will be a rollover, so whatever is left in a previous year will roll into the next year," the DPSU official noted.

He said the fund will be managed with no influence from politicians as the Establishment Department and the oversight committee will consist of the union executive, the union representatives and permanent secretaries.

The idea of subsidized housing for public officers was also discussed and it is hoped that before the end of the month, subject to the availability of the Prime Minister, the union will be meeting with the government to develop a concept for that particular matter.

"So the members understood the situation and that nobody lost their job, and we do not believe that there is an immediate threat to them losing their jobs. That being considered with other factors influenced the acceptance by the general membership," Letang said.

Whilst the DPSU's General Secretary said their decision was driven by the membership support, President of the Police Welfare Association (PWA) Jefferson Drigo says the PWA's was the result of lack of support by police officers.

At the onset of their negotiations with the government, Drigo said the executives' hands were tied as "we have the blade but the government has the handle."

Whilst PWA presented a proposal of a 15% increase for each year for the triennium 2018-2021, the government rejected the offer and the association was forced to accept a one-off payment for the first year –the first half to be received in December 2021 and the balance in June of 2022.

"We had no choice but to accept the government's offer. Though we understand that the pandemic has affected the state of the economy we were expecting something much better than what we got, especially for the second year. But it's like we almost didn't have a choice due to lack of support by our membership," the Chairman lamented.

According to Drigo, when called upon to take action, officers cower as there is no solidarity in the force.

"The PWA has planned several events to take action against the government but no one shows up or they never go through because officers back out at the last minute. Maybe if we had put more pressure on the government we would have gotten a far better outcome in this negotiation," he said.

As it relates to the issue of land and housing for Police Officers, the government promised to set up a steering committee before the ending of March 2021.

"They have promised to build houses for officers at concessionary rates whether on state land or personal property so that was one of the good things we were promised," he said.

Drigo said PWA members are disappointed by the offer presented for the salary increase however, "when the opportunity presented itself for action the PWA stood alone so there is nothing that can be done now."