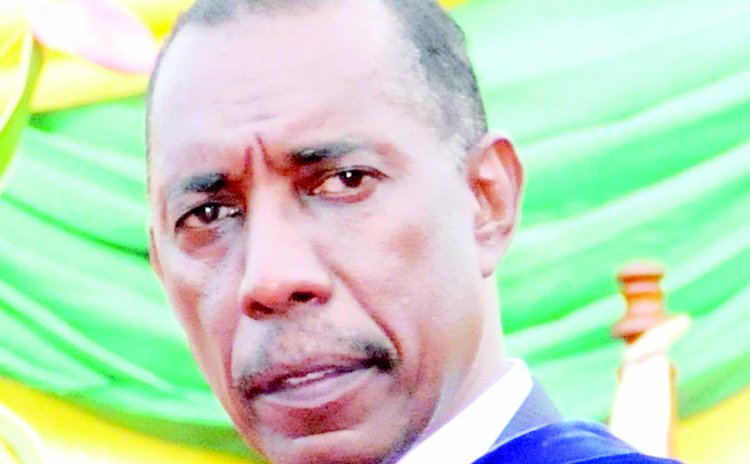 Brian Meade, the Chairman of the Board of Governors of the Dominica State College (DSC), has come out in defence of Dr. Donald Peters, president of the DSC whose reputation was recently sullied in the media.

Meade described the accusations as "utter rubbish" and the work of "mischief-makers who were trying to destroy Dr. Peters."

Two weeks ago someone posted a photo on Facebook of a young lady attending the DSC who has a relationship with Dr. Peters.

"Someone is trying to defame him (Dr. Peters) and I don't like that. This is just nonsense. If you are making an allegation, be bold and put your name to it," one top official closely associated with Dr. Peters told the SUN. The official, who was visible upset over the allegations, told the SUN that Dr. Peters has done nothing wrong and or illegal.

"He has been with this young lady for over three years; he has put her interest first and sent her to school to further her education, so what is the issue," the official asked.

He went on to catalogue Peter's achievements since he was appointed to the post of president of Dominica's major higher education institution.

According to the official, Dr. Peters has reduced the debt at the DSC since he took over the top position.

"He has reduced the expenditures at the DSC, raised the level and profile of the college overseas and has done very good work at the college," the official stated.

"We are trying to discredit him and he is doing good work for the DSC…we need to stop defaming people. None of us in life is perfect but the allegations are untrue," the official said. The SUN also contacted Petter St. Jean, the Education Minister for comments but he said: "I cannot speak to that; contact the President of the DSC on the matter."

Meantime, Dr Donald Peters said that he was not prepared to speak about the allegations since it is being handled by his lawyers and that of the DSC.

"Our attorneys are handling all of that; I am not going to respond to allegations about the college or myself. My attorneys and the college's attorneys will answer questions when we are finished with our investigations but I don't have anything to say. Infact, I am not handling that, I report to the board," Dr. Peters stated.

Meanwhile, Prime Minister Roosevelt Skerrit has announced that Government has increased the subvention to the DSC by EC$1.2 million, taking the total annual allocation to EC$4.2 million, or according to PM Skerrit, 99% of the budgetary needs of the DSC.