Queen Elizabeth in line for 72,000 USD a week pay rise 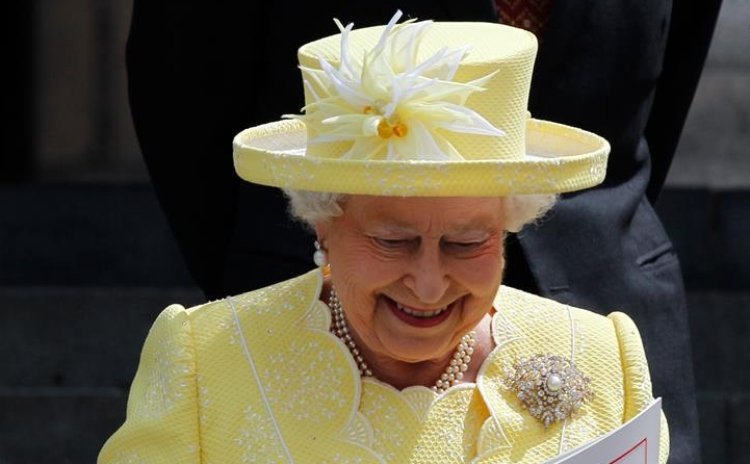 LONDON, June 28 (Xinhua) -- Queen Elizabeth is set to be given a 72,000 U.S. dollars a week pay rise under a formula devised centuries ago, an official report revealed in Britain Tuesday.

The Queen's income is based on a percentage of money earned by the Crown Estate, one of the wealthiest real estate owners in Britain.

In its annual report issued in London Tuesday the Crown Estate disclosed that it has delivered a record 405 million U.S. dollars to the Treasury in the past year.

Unless the current formula is altered it will mean that in 2017 the Queen's pay packet will be almost 61 million U.S. dollars, 6.5 percent higher than the 57 million U.S. dollars she is receiving this year, and representing a 57 percent increase over what was paid in 2012.

The sum is worked out by paying to the Queen 15 percent of the surplus made by the Royal Estate, paid two years in arrears.

The figure can only be changed by three royal trustees, the Prime Minister, Chancellor of the Exchequer and an official Sir Alan Reid, who has the title of the Queen's Keeper of the Privy Purse.

The three are currently in the process of a review which could affect the amount due to the monarch next year, a government official said Tuesday.

A senior spokesman at Buckingham Palace said Tuesday that it was too early to speculate on what the result would be or what amount the Queen would receive for 2017-18.

The heir to the British throne, Prince Charles, draws his private income from the Duchy of Cornwall estate. This rose three percent to just over 27 million U.S. dollars last year, with the prince paying a tax bill to the Treasury of around 708,000 U.S. dollars.

The Crown Estate owns London's Regent Street as well as the entire seabed around Great Britain. It also owns Windsor Great Park, and Ascot's famous racecourse, as well as estates and properties in Scotland and Northern Ireland, and across England.

The office of the Crown Estate was started in 1760 when it was agreed that surplus revenue from the crown's estate would go to the Government Treasury. In return reigning monarchs receive an annual payment, 15 percent of the annual surplus of the estate to support official royal duties.

A spokesman for the Crown Estate said: "Despite our modern commercial approach, the estate as a whole essentially dates from 1066, with ownership of some property tracing back to the Edward the Confessor (the Anglo Saxon King of England)."