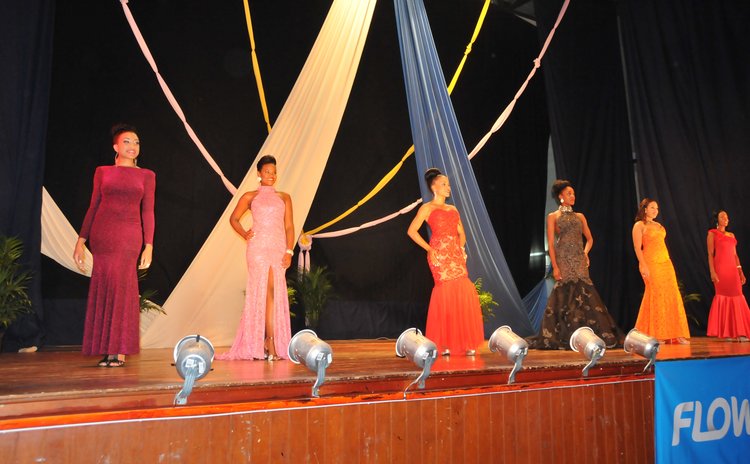 Last weekend the six young ladies vying for the title of Miss Dominica 2016 gave the public a sneak peak of what is to come.

The competitors participated in the Queen Pre-Show at the Arawak House of Culture on December 19.

The Miss Dominica Pageant is scheduled to take place on February 5, 2016.

Before a packed house the ladies took to the stage in four rounds: Casual Wear, Swimwear, Evening Wear and Conversational Round.

"This evening you the patrons will receive a first-hand view of the continuous training that the young ladies have received," she said.

Hyacinth noted that although beauty has been at the heart of the event, intelligence, skill and purpose also play an important role.

She added: "The young ladies have demonstrated a high level of intelligence, talent and creativity so with no doubt in your mind that they will deliver in all rounds of the competition." In between rounds the patrons were entertained by various acts such as Jessica Riviere, Earl White and Golda Scotland-Andrew.