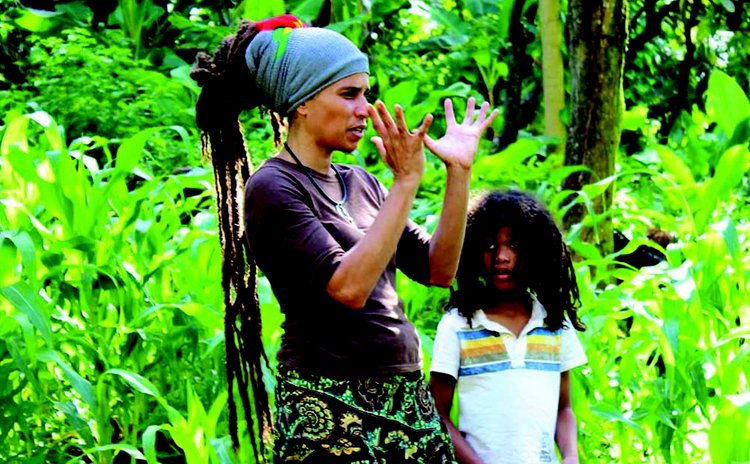 It was inevitable; sooner or later the questions would come. The international community is now beginning to ask questions about the results of investigation into the death of reggae singer Nelly Stharre.

The group Indigenous Resistance (IR) has produced a documentary film and mural in honour of the artiste who was apparently burnt to death in her house in the heights of Mahaut in August 2015.

The film, which includes other artistes who were slain recently, is to be shown in Jamaica, Uganda, Brazil and Columbia and is to be posted on YouTube, IR said in a press release. "Ms. Stharre's burnt body was found in what was said to be a house fire in the island of Dominica," the IR release said. "It's been months now and there is yet to be any complete investigation to rule out the possibility of foul play".

IR said it wonders "why the authorities are dragging their feet".

"Is it intentional?" the group asked.

Meanwhile, Dominica's police say the results of forensic investigations into the discovery of human remains found in the house where Stharre lived have not come to hand.

Relatives discovered the burnt skeletal remains of what is believed to be the bodies of Stharre and her companion Trevy Felix on Wednesday 19th August.

"We have sent samples of the remains found to the United States so we can determine who it belongs to…the family needs closure and we are now awaiting the results," a police official told the SUN.

It is still unclear what took place at the time of the fire or the exact day it occurred but residents in the area recall seeing a fire in the vicinity of the home on the weekend the couple were last heard from.

Nelly Stharre (born Antonia Raffoul) and Trevy (born Trevor Felix) both made significant in-roads on the international music scene before their return home to Dominica in recent years.

Nelly, who lived in Jamaica for about five years, performed to glowing reviews at major music festivals such as Dominica's World Creole Music Festival, the St. Lucia Jazz Festival, as well as Jamaica's Reggae Sunfest, Rebel Salute and Jamaica Jazz and Blues.