Race in the rain: the results 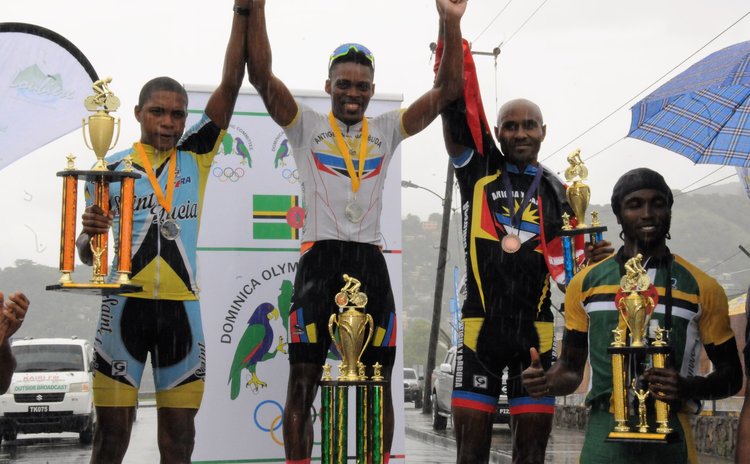 Rain, rain – go away, you can come another day-let us enjoy our bicycle race.

The rain did not listen to our nursery rhyme; instead it fell in torrents soaking Robert Tonge, the Tourism Minister and OECS athletes who were receiving awards from him at the end of the cycling tournament at Pottersville, Goodwill on Sunday afternoon.

After the 60 miles-three-hour race to Portsmouth and back, Jyne Bridges of Antigua crossed the finish line at 3:00:29.30.

A straining St. Lucian, Andrew Norbert, tried hard to catch Bridges but he could not; he came 7 hundredth of a second later at 3:00:29.37.

The first Dominican across the finish line, at number 16, was Bram Sanderson who rode in after 3 hours, 29 minutes and 15 seconds.

Ronald Charles, the president of the Dominica Cyclist Association tried to console the crowd by saying Dominican cyclists performed creditably because this was its first tournament.

"Next year we will place among the first five," he said.

The other cyclists who rode in before Sanderson were:

Despite the rain Dominicans along the route supported the cyclists with enthusiasm. For example, Bobby Frederick of Harlem Plaza, who followed the cyclists in a vehicle, said more than 150 persons from the tiny hamlet of Tarrou cheered on the athletes.