As it waits for the ring of the election bell, the opposition UWP says it has found all its candidates and it's hoping Freedom will join it in marriage 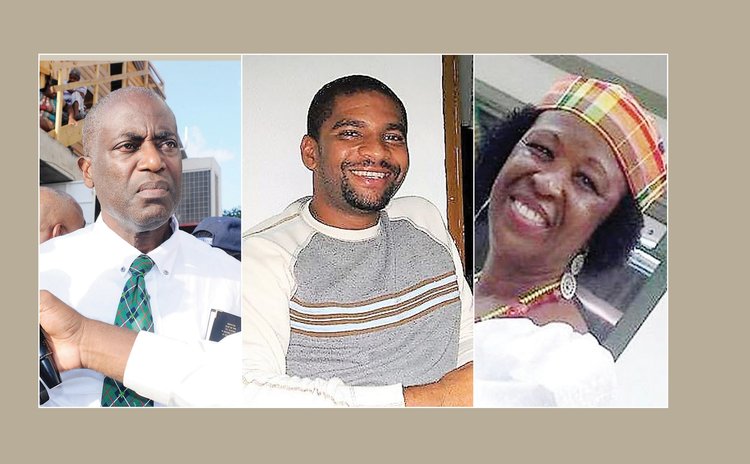 The last time there was a change of government here, the Dominica Freedom Party (DFP) played a critical role.

Less than five years after it was dramatically defeated by Edison James' United Workers Party (UWP) in July 1995, the DFP in 2000 entered Faustian pact with the Dominica Labour Party (DLP), then led by Rosie Douglas, to oust the UWP government. And although it has since become something of an afterthought in Dominican politics, the once powerful party which governed Dominica from 1980 to 1995, could well be called upon to reach an arrangement with the UWP to unseat the very DLP come next election.

"It is in the interest of political parties in opposition to ensure a change of government so that hope can return and the people can get a chance to see things get better," Lennox Linton, the UWP political leader, told The Sun as he prepares for the poll due late next year, but could be called as late as the first quarter of 2020.

They are not there yet, he explains, but "as time goes by, that will happen".

"I believe in the next two-and-a-half years . . . not only we will put up 21 seats, but I truly believe - and if I did not believe that, maybe I would not accept being the leader - that we can win more than eleven seats," Vital said in his acceptance speech.

Vital has kept the DFP in the news, issuing regular statements on policy and other decisions by Roosevelt Skerrit's DLP, often seeking to provide alternatives. Following news of the Ross University School of Medicine pullout, he issued a statement that was scathing of the prime minister, stating: "People of Dominica, do you smell a rat? I'm actually showing you a rat." It is not immediately clear if he will be prepared to sit with Linton to discuss an arrangement, and if he does, what his demands will be.

The man who was elected as Vital's deputy at last year's conference, Dr. Sam Christian, has since been confirmed as the UWP candidate for Soufriere as the parliamentary opposition party settles its slate for the poll.

The UWP has already agreed a number of other new candidates, including Glenroy "Soso" Cuffy, who will replace Joseph Isaac in Roseau Central after Isaac jumped ship to fellowship with the DLP, Ernie Lawrence Jno-Finn in Castle Bruce and Marcus Romain in Cottage. Also back on the party's ticket is Joshua Francis, who in December last year wrote to the UWP advising that he would not contest the next election and had to withdraw from the "political space to cure some issues, and as such it would be in the best interest of the United Workers Party -Team Dominica- to identify and work with a potential candidate for the next general election".

Linton told The Sun the general council met last weekend and endorsed the candidates, twelve of whom have already been declared, but the party would wait until the election is called to announce the entire slate.

"For us, while we have announced some candidates, we have to wait for the bell to ring before we can announce others because we are dealing with people in sensitive areas of employment like the public service," he said.

"We can't put them in harm's way given the record of victimization of this administration which is brutal. Whatever the scenario is, whatever the time frame is, be assured that we will be ready and are ready for the general elections," Linton added.

The UWP leader said in the meantime the party would monitor the electoral commission's readiness for the election, including whether or not it keeps its promise to cleanse the voters' list.

"We are watching the electoral commission very closely with a view to how they deal with issues like the verification of cleansing of the list of voters which they have committed to and which they had indicated they would start in July. The funding they needed for the people to go out and do the work did not happen so we are watching," Linton stressed.