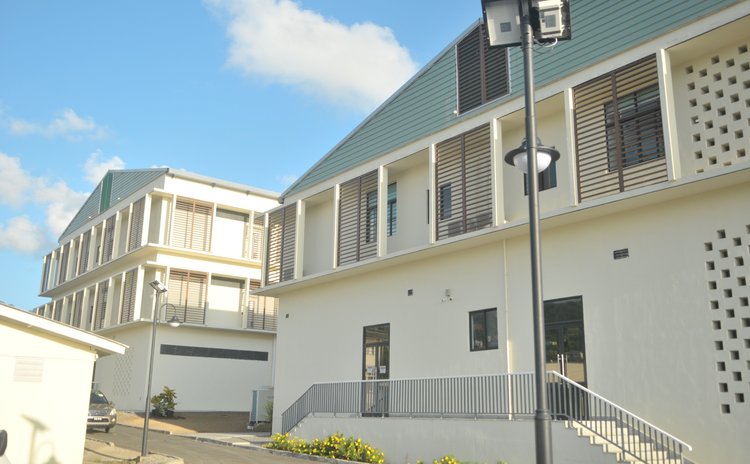 Bernard Allen (not his real name), has spent time at the Princess Margaret Hospital (PMH) while nearing the brink of death. Because of his experience there, Bernard, who is in his 40s and has an underlying condition – The Sun has decided not to reveal the condition as an extra means of protecting his identity – is fearful of ever spending time there again, and even more so during the COVID-19 pandemic.

"Frightening, frightening," he told The Sun when asked about the thought of being hospitalised. "Our healthcare system is manned by inexperienced professionals at this time. It is frightening. I don't know how long we can continue with this fake system of healthcare."

Bernard's wife has vivid memories of the sleepless nights she spent at the PMH looking over her sick husband, and the constant worry for his life. During that period, along with the many times she visited other relatives, she was able to notice the conditions under which the healthcare workers operated and the chronic lack of resources. She told The Sun she goes into a panic whenever it crosses her mind that her husband might have to spend time at the hospital.

"The thought of having to be hospitalised with anything in Dominica paralyses me with fear," she said.

Bernard's condition finally improved only after he sought medical care abroad, but his underlying condition remains. Both he and his wife told The Sun they were worried that the reopening of the country's international borders, coupled with the so-called back door culture of human trafficking, including large numbers of Haitians, could lead to the importation of lots of COVID-19 cases.

"My biggest fear has always been that our healthcare system will not have the resources to deal with a large outbreak of COVID. And I'm not talking about ventilators," the wife said.

There is growing evidence across the Caribbean that the reopening of borders leads to the importation of the highly contagious virus, though still in manageable numbers. Since reopening its borders on 15 June, Jamaica has recorded over 100 new cases, all imported or import-related. Less than three weeks after the first COVID-era flight landed in Antigua on 4 June, the country recorded 39 new cases in a single day, all coming from abroad. And, less than a week after American Airlines resumed flights to St. Vincent and the Grenadines on 11 July, the country has recorded nine imported or import-related cases, the last three of whom were confirmed last Friday. While two of the three were returning Vincentians who arrived on the AA flight and had initially tested negative for COVID-19, the third case was a contact of one of the original positive cases.

In Barbados, one passenger who tested negative upon arrival on a repatriation flight from which five other people had COVID, tested negative again seven days later. However, despite being in quarantine, the passenger tested positive 11 days after arriving there.

And in the most dramatic case of all, the Bahamian prime minister, Hubert Minnis, announced on Sunday night a ban on all international flights, with the exception of Canada, the United Kingdom and the European Union, and the closure of beaches effective Wednesday 22 July, after the country experienced a huge spike in the number of cases.

Since opening its borders on 1 July, there have been 49 news cases in the Bahamas – 15 on Sunday alone. Minnis said if the situation was not brought under control, the country would return to a complete lockdown as early as Friday.

Concerns that a similar situation could arise here sends shivers through the spines of Bernard and his wife.

"There are so many unanswered scenarios, it's frightening. So that's why I'm very fearful of what's happening now. People are on buses without masks, there's all sorts of fetes happening without social distancing…," Bernard said.

However, medical doctor Sam Christian told The Sun that based on the country's record of handling the virus, he was confident further outbreaks would be contained.

The doctor told The Sun while the reopening of the borders would likely result in a rise in the number of imported cases, he was certain the country would cope medically.

"We all worry about the situation – the economic fallout is going to be massive and that will trickle down. But medically speaking in Dominica . . . we are prepared as any third world country can be," he said.

Christian stressed that the country was "not endowed with the capacity to take care of a lot of people" but that the people had demonstrated a willingness to follow the instructions necessary to contain the spread of the virus.

"In the best of times our health sector has declined tremendously from what it was. Fundamentally, we have a lot of work to do to resuscitate the health sector, but as far as the virus is concerned, we were lucky in the first wave, but the strength lies in the public sector response," he insisted.

Anther senior healthcare worker told The Sun no country could truly handle "the tipping point" of COVID-19, but that it was important to have the proper strategy in place to cope. Part of this strategy, he said, must be to limit the number of nationals entering the country at any one time to a manageable level – 10-15 every other week, he said – to allow for quarantine, and not to accept any non-residents for the next several months.

"So, it's not so much if you're prepared, what is important is to know what your system is," said the official, who spoke to The Sun on condition of anonymity because of his position in the profession. "The thing is to have the balls to do what you have to do to protect Dominicans."