Reflections on the old Petite Savanne 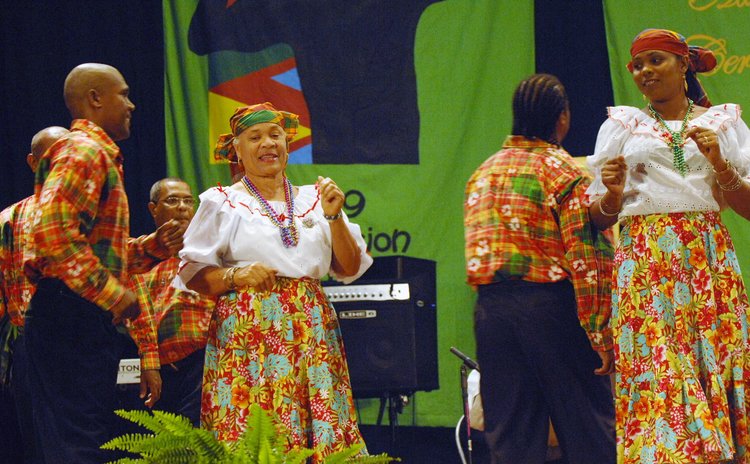 The old days of Petite Savanne are gone and residents are locked in a struggle to come to terms with the loss of their village and how to get on with their lives.

Edward Thomas is Chairman of the Petite Savanne Village Council. He says, at the time of the disaster, the village had a population of just about 731persons.

Even several weeks after the storm, Thomas found it hard to talk about Petite Savanne and it was evident that the entire affair has upset him immensely.

"It's not a happy feeling. It's always sad talking about it. It will take time to heal," he says solemnly as he recalls what his home village meant to him.

He only became village chairman last year. Ironically, one of his plans was to oversee the building of storm-proof drains to channel excess rainwater safely out of the village.

Bad weather did not usually result in flooding in the village, he says. And although small landslides tended to occur, these were not big enough to alarm anyone.

Thomas describes his home village as a close-knit community where everybody knew everyone else — a village of friendly, hardworking people.

He notes that the main source of income from Petite Savanne was from bay oil production for the Dominica Essential Oils and Spices Cooperative (DEOSC).

DEOSC records show that it exported over 16, 000 litres of bay oil annually, a feat achievable mainly through the industrial distillery at Petite Savanne.

But the storm flattened the resort, a tourism destination with international high ratings.

Former Parliamentary Representative for Petite Savanne, Urban Baron says many of the villagers were self-employed.

Most were engaged in agriculture, and many were involved in small-scale fishing.

Some villagers also operated 'local rum' or 'mountain dew' distilleries in the village, and small-scale livestock farming was widely practiced.

Baron recalls Christmas as being a particularly joyous time in Petite Savanne when persons would go happily from hamlet to hamlet visiting friends and family.

The village was home to about five churches and a primary school that was over 50 years old.

Older students attended secondary school in Grand Bay. And there was also a health centre and small clinics.

'Fete Ti Savanne', a three-day event usually held during the first week of October, was a main cultural event that attracted visitors from around the island.

Apparently, the wholesome atmosphere in the village was conducive to long life and Petite Savanne had its fair share of centenarians.

Moise recalls that before the DEOSC cooperative was formed, bay oil was in high demand and he and his uncle often made the trip to Roseau to sell to merchants back in the 1950s and 1960s.

He says they would walk to Bagatelle and, on behalf of the entire village, make arrangements with the only truck in the region to transport the bay oil for to town.

The roads were bad in those days and the farmers were paid with cash and goods, Moise recalls.

The village is also home to the Petite Savanne Cultural Group, which is nearly 40 years old.

Moise, a member of the group, fondly remembers the days when they danced at the Jungle Bay Resort on Fridays and at ceremonies to greet cruise ships.

The group members performed the Quadrille, Lancer, Mazouk, Waltz and the Heel and Toe.

The Petite Savanne carnival eventually died, but through the efforts of the cultural group, the village still had an annual street jump-up at carnival time.

Petite Savanne has produced many outstanding cultural personalities, including Allan Moise and Athena Darroux, who Baron recalls, got a national award for her contributions to culture.

Baron notes that up to just about four years ago, Petite Savanne had its own lapo kabwit band. The village even had an accordionist.

He describes the residents of Petite Savanne as hospitable, non-violent and polite with strong faith in God. Crime was almost non-existent in the community, he said.

Today, as villagers mull their future and possible resettlement elsewhere, they can't help wondering if their way of life is gone forever — like the village they had known and loved so well.