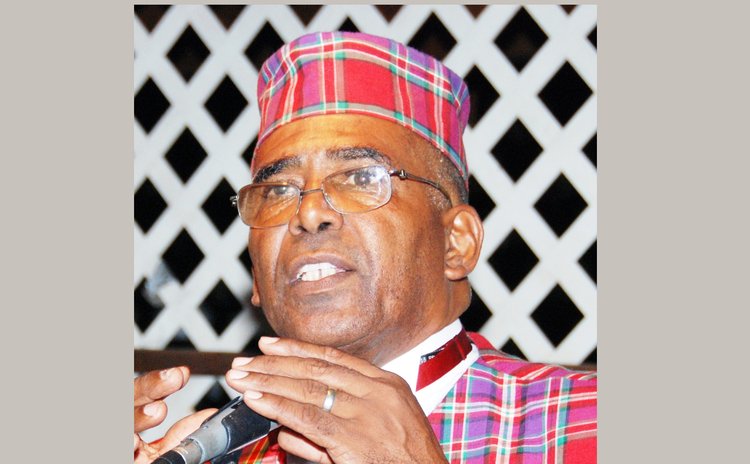 Belgium, England, and France… just a few of the many European countries that played a key role in the darkest period of human history.

Democratic Republic of Congo, Jamaica, and Algeria… just a few of the numerous countries which suffered inhumane atrocities under the rule of former colonial masters.

Over the years we have heard the growing and consistent call for reparations and acknowledgment of wrongdoing by the European countries which once ruled over defenseless nations, which they invaded and captured by force. And to some extent, they have heard the call and have somewhat responded.

But have their actions and responses been sincere enough and effective enough? Recently there have been statements of regret from former colonial masters as opposed to official apologies.

Franklyn Georges, a Dominica's National Reparations Committee member, laughed when asked to differentiate between a statement of regret and an apology.

"Regret is hypocrisy to me," he scoffed, "that is saying 'I will say that but I will still keep the piece of land or money.' An apology, on the other hand, you have to give me something back. But just regret has nothing in it."

Shabaka Atom-Ra, also a member of the Reparations Committee, weighed in on the discussion with his insight.

"The whole thing on that is they are not acknowledging what their ancestors have done," he explained, "and if that is the case then what they can extend to us is regrettable, meaning there is no obligation on them for atonement of any kind."

In March this year, during a visit to the Caribbean, Prince William, Duke of Cambridge, expressed regret for slavery but did not acknowledge Britain's role in the transatlantic slave trade.

That royal visit was met with protests in Jamaica while over in Barbados, its Prime Minister, Mia Mottley, opined strongly that only reparations can tackle the economic, psychological, and sociological inequalities that still exist in the region.

Atom-Ra pointed out there are several reasons a former colonial master may not be inclined to issue an official apology.

"It highlights the inhumanity of their own nature, and from a financial point of view, it would make some of them bankrupt really. They would become what they have called us in terms of a 'third world" country," Atom-Ra said.

During a visit to the Congo in June this year, Belgium's King Phillippe reaffirmed his deepest regret for the exploitation, racism, and acts of violence during his country's colonization of the Democratic Republic of Congo. However, he did not issue an official apology.

Georges believes the reason the statements of regret are being delivered so publicly is due to technological advancements.

"Because the world is getting so enlightened and the information is getting so wild now – with social media and everything being exposed - they cannot keep it back," Georges said.

In September 2021, France issued a statement of apology to the Algerians (Harkis) who fought alongside the French forces in the Algerian War for Independence from 1954 to 1962. France's President Emmanuel Macron promised a law guaranteeing reparations for the contingent of Harkis and their descendants.

But France is not the norm for other former colonial masters.

Atom-Ra is resolute that official apologies are needed, not a statement of regret, in order to properly start the process of reparations.

"People are aware of our history and what they (European countries) have done to us in terms of treaties and how they have broken them. We are not going to fall into that trap. So, it is a full apology we want. That is what is required," Atom-Ra said.

Georges agrees the statements of regret do not change the call for amends and compensation. Reparations, to him, begin with re-educating the people.

"Reparations will never be fair until our African people all over the world decide to re-educate themselves and have good knowledge on what reparations are. And when you have that, there is no division among the people," Georges said.