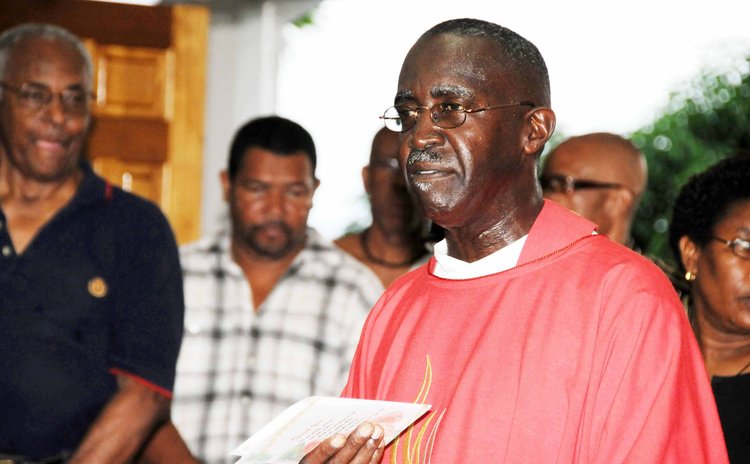 As Dominica seeks to revive tourism after Tropical Storm Erika, industry insiders are calling for the industry to bring new, innovative ventures on board -- like 'religious tourism'.

One of the earliest forms of tourism, religious tourism is gaining momentum worldwide and special sites are being developed to facilitate it, such as Bible Land in Florida.

Destination World Info notes that that cities around the world have found ways to incorporate religious holidays into their tourism product.

Tourismandmore.com notes that religious tourism is not only about visiting holy places like Jerusalem and Mecca; it also involves religious groups traveling for humanitarian reasons, friendship or leisure.

According to Catholic priest Father Franklyn Cuffy, Dominica has a lot to offer in terms of religious tourism.

When he observed this, it occurred to him that devout persons were willing to spend significant sums of money on travel related to their religion.

This gave him the idea that such pilgrimages could be done somewhere in the Caribbean once per year and this kindled his interest in religious tourism.

For the celebration of the 60th anniversary of the ordination of Cardinal Felix this year, Father Cuffy noted that the Holy Redeemer Retreat House was filled.

Some who came from overseas for the event stayed at hotels and they did not only attend church services, but went to various sites around Dominica, he pointed out.

Further, Father Cuffy reported that those who stayed at the Retreat House were amazed by the experience and even declared that there was nothing like that facility elsewhere in the Caribbean.

He suggested that religious tourism visits can be conducted with a scriptural spin. For instance, whale watching expeditions could be feature scriptural reflections on "Jonah in the belly of the whale".

Stakeholders already see the potential in this type of tourism; Fort Young Hotel is interested in organising faith and wellness retreats at Easter, he said.

Father Cuffy also noted that Dominica has sites to attract religious tourists, like the Lady of Lourdes Grotto at Soufriere where religious artifacts dating back to 1878 were found.

Dominica also has many natural attributes that could be incorporated into faith based tourism, he said.

He also recommended that pilgrimages could be organised around the island and all religious denominations could invite visitors to participate.

The priest said he has shared his idea for religious tourism with Tourism Minister Robert Tonge and Director of the Discover Dominica Authority Collin Piper and both were receptive.

Piper has since visited the Retreat House, Father Cuffy said, and sponsors for its rooms are being sought to ensure that it is maintained in a way that befits a religious tourism site.