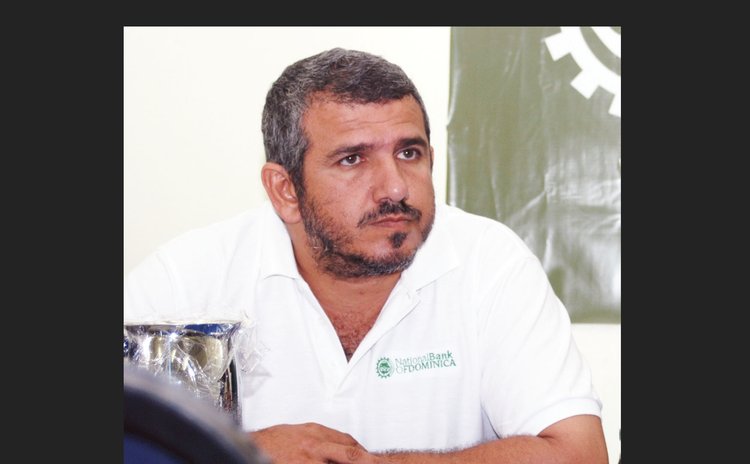 From our Archives: The late Michel Raffoul

Michel Raffoul was best known for building big beautiful costumes but he was much more than the glue that held Dominica's carnival together. "Michel was involved in community service, in business, in entertainment with the A&M Sounds in the Eighties," said Michel's brother, Joseph Raffoul on state-owned DBS radio this morning. "Michel was just an everybody's person."

Yet following a stroke that paralysed him two years ago, the persons and organisations who used his talent forgot him as if he was some form of disposable tissue.

In an article entitled "No one cares" published by the Sun Newspaper in August 2013, columnist Ian Jackson wrote: "Incidentally, one of these tireless labourers in the field for about two decades has been Michel Raffoul. What's more he did it with the same dedication as Darnley Guye, Clarence Douglas, John Liverpool and others; a labour of love since there was really no money involved.

"Raffoul announced his retirement two years ago but his love for the art and the colour and the spectacle, part of which is supposed to exemplify Dominica's "Real Mas", kept him coming back. At the time of writing, July 2nd 2013, like Nelson Mandela, Michel is battling for his life overseas having been in a coma for about one month to date- he is on life support- and I really hope for the best, as the best can be, in these dire circumstances.

"Nonetheless, what his present condition has done for me is to cause me to further reflect on my own mortality. I am sometimes close to tears when I consider that this guy who donated many a crown to Calypso, Teenage Pageant show and as someone advised me, Queen Shows, apart from his annual costume designs, yet no one in culture, the DFC, the Minister of Culture, Dominica Calypso Association, Queen Show Committee has publicly or officially sympathized, offered get-well messages to this artistic brother.

No one cares or rather "Nobody Loves Nobody", as Shadow puts it. This is the culture of ingratitude we have adopted in the world, but in my country, Dominica, it's so blatantly obvious that we only use people when we require their services. Oh yes, Michel was thought of when a crown was needed or when that queen was looking for a certain costume".

Michel Raffoul died on Sunday morning at the Infirmary in Roseau but his death was no surprise because he held on to life for as long as possible.

"I guess God had other plans for him, why He kept him there," said a sobbing Joseph. "Michel just went to rest, that's all; Michel went to meet his Maker".

Maybe Michel will be building more beautiful costumes in that other world where Joseph said Michel went to; maybe he will be everybody's handy man there too; but surely, not maybe, the people there will appreciate his talent and time and dedication much more than we did here in Dominica.