Remembering the Missing and the Dead 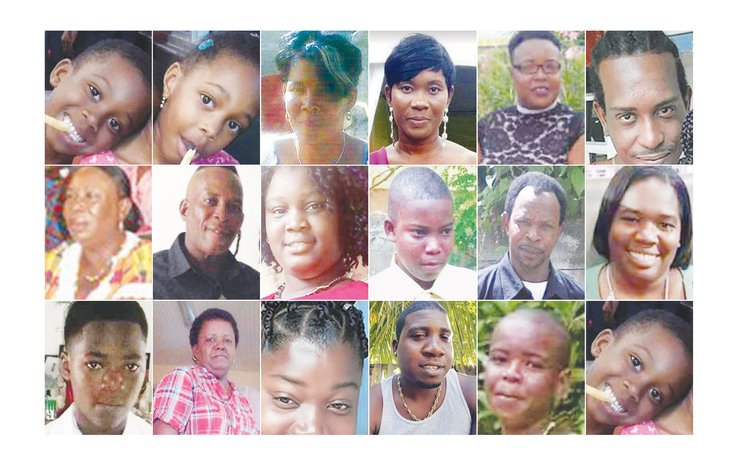 Following Hurricane Maria one year ago, officials of the Dominica Police Force released the names of people who died and those who were missing due to Hurricane Maria.

The list revealed the staggering impact of the hurricane on human life on the island: 31 people were confirmed dead and 34 missing.

Pointe Michel and Loubiere were the hardest hit in terms of human casualties.

Four were confirmed dead from Grand Bay. They were Evette Leatham, Okan Letang and Jennifer Bonny. Alpheus Maxim is missing.

From the village of Dos Dane, Alfred Magloire, Jennifer Moulon and Anthony Bannis (aka Rasta) were confirmed dead while missing were Rita Magloire and Vitus of Paix Bouche.

In Fond Baron, Gloria Elie Prosper were confirmed dead and one-year-old Jaydon Jno Baptiste was missing. In the village of Mahaut, Alicious Joseph and Lee alias Dig are dead.

In Castle Bruce, Laronde Roberts of Mahaut and Alexis Laville of Penville have died.

Police said the bodies of five people could not be identified.