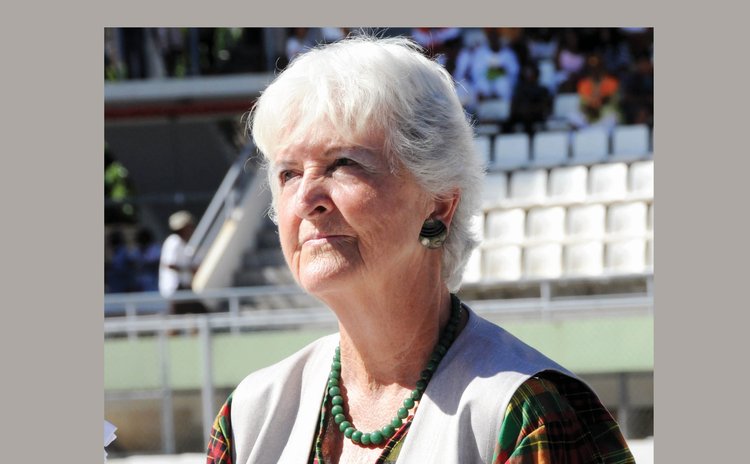 A twenty-one-year legacy of helping Dominica's children has come to an end. But its founder, who has made the Nature Island her home, is content to enjoy the rest of her days here.

Renata Siegenthaler, from Switzerland, first visited Dominica in 1980 and the country made a lasting impression on her.

"First, the nature, of course, and then the people," she told The Sun.

From 1980 until her retirement, Renata visited Dominica annually for vacation falling more in love with the country and its people. It is, therefore, no surprise that upon her retirement in 2000, she packed her things and headed to Dominica.

"I decided soon as I get my pension, from Switzerland I am living here and that is what I did," she proudly stated.

Siegenthaler is very happy with her choice to call Dominica home.

"In Switzerland, you are a bit closed up and it is more strict. Here, life is much easier. Also, I like calypso, I have not missed a show since 1980. I like dancing and I like life," she said. Her love for the country and its people, coupled with a financial donation from a friend, led Renata to form a not-for-profit, non-governmental organization, called Kids In Dominica (KID) Switzerland.

"When I decided to come here a friend gave me money and said 'I know you would like to do something in Dominica', so I was obliged to do something," she said.

KID Switzerland started with a school bus for children who had transportation troubles in the St. Joseph area.

"I did not have enough money to buy a bus. So, one day I asked a bus driver if he would pick up the children in the morning and drop them back in the afternoon, and run his regular St. Joseph to Roseau route in between. He said yes and the school bus started," Siegenthaler said.

The school bus programme branched out to address other areas of need for the youth.

"Then I saw, at lunchtime, some children had nothing to eat. Some had no breakfast sometimes. So, I opened the first school feeding programme in St. Joseph," Siegenthaler said.

KID Switzerland has helped children all around the country by establishing a school bus system in Layou Valley, Belles, and the Kalinago Territory; initiating school kitchens in San Sauveur Primary, D'os Dane Primary, and the Grammar School (to name a few).

This NGO has also assisted in obtaining appliances for other school kitchens and played an active role in funding local athletic meets, leagues, and games, and helped athletes travel to events. The list of deeds is lengthy as the not-for-profit organization was engaged in a number of cultural, social, and skill development projects around Dominica.

In 21 years, KID Switzerland raised over 1 million EC dollars with Renata traveling to Switzerland each year to raise funds.

"It started with friends. Then I had a lot of people who knew me from my political career. They saw I was doing something good so they gave me money. In the end, I had more than two hundred sponsors," she said.

Now that the programme is being dissolved, Renata will miss specific aspects of KID Switzerland.

"Firstly, I can't see my family anymore, they have to come to see me because traveling has gotten more difficult. Then I miss the contact with the principals and teachers. We developed a good relationship through the school feeding programe."

Still, in love with the country, Renata has seen many changes during her years here.

"The nature changed on the west coast, there is a lot of garbage and it is getting dirtier. The people have also changed. Before, they were friendlier and, in the village, there were a lot of people and music and sometimes dancing in the street. Now, you see nobody," Siegenthaler said.

This 84-year-old Dominican citizen, who received a Meritorious Service Award in 2012, is content with enjoying life and living out the rest of her days, stress-free and problem free, in the Nature Isle.