Research on Dominica's highland birds: This information can save endangered species 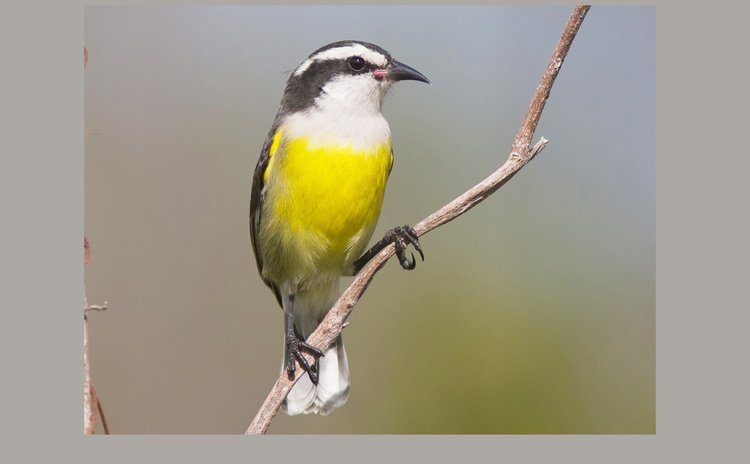 In the coming years, Dominica will have some much-needed information on the birds and plants that reside in its high-altitude areas, which can be used to chart the way forward for protecting and preserving these species.

This research on birds in the Freshwater Lake area (Morne Trois Pitons National Park) is being conducted by a team from the Globe Institute at the University of Copenhagen in Denmark.

The researchers wrapped up the first leg of work here in April and intend to conduct this survey in 12 other islands in the Lesser Antilles as well as in Trinidad & Tobago.

The objective of the project is to discover what plants the different species of nectar drinking and fruit-eating birds are using, as well as study their pollination and seed dispersal.

"And then we'll try to see how specialized or dependent the birds and the plants are on each other, depending on the island's size and distance from the mainland of South America, what the climate is on the different islands, etc." principal investigator on the mission, Bo Dalsgaard, told The Sun.

The exercise, funded by the Independent Research Fund Denmark, will run for two years with the scientists returning to Dominica early next year to do follow-up research.

Dominica was the first country visited for the survey. At the time of the interview, researchers were on island number four of fifteen carrying out investigations. Dalsgaard says the results of the research will be made available in the last quarter of 2022.

"We collect samples of pollen on the feathers and seeds from the birds' feces, which we then bring back to the lab in Copenhagen to match up with pollen and seeds taken from the plants. That we will be doing in August/September, so we won't have any results of this year's fieldwork before then," Dalsgaard said.

Information from this venture will be useful for general science purposes because it will generate new information on the dependency between plants and birds.

"We are testing some theories about how distance to mainland and island size and climate can influence how specialized and interdependent the birds and the plants are. This way data from Dominica is used to generate new knowledge that can be published in scientific journals," he added.

The university researcher, who has a special interest in plant-animal interactions in the Caribbean, and island ecology, says Dominica will also benefit from the results of this research project.

"You can use that knowledge to help conserve plants or birds," he said. "You can know which plants are specialized and depend on specific birds for their pollination and dispersal of their seeds. If you want to save endangered plants that are only found in Dominica and neighboring islands, our information can be useful."

While awaiting the commencement of tests on the material gathered in the Caribbean, the principal investigator says there were two observations that the scientists did not expect.

"One being that every second bird we caught was the bananaquit," Dalsgaard said. "We thought there would be a more even number among the different bird species. So probably we are going to do a study on the bananaquit across the 15 islands and see whether the use of flowers differs between islands. We also saw the bananaquit and several species of hummingbirds regularly visiting the flower Heliconia bihai, even though this plant, before the hurricane, was only visited by the purple-throated Carib. So perhaps the hurricane had an impact on this 'marriage' between the Heliconia bihai and the purple-throated Carib."