Respect to a Beloved Brother 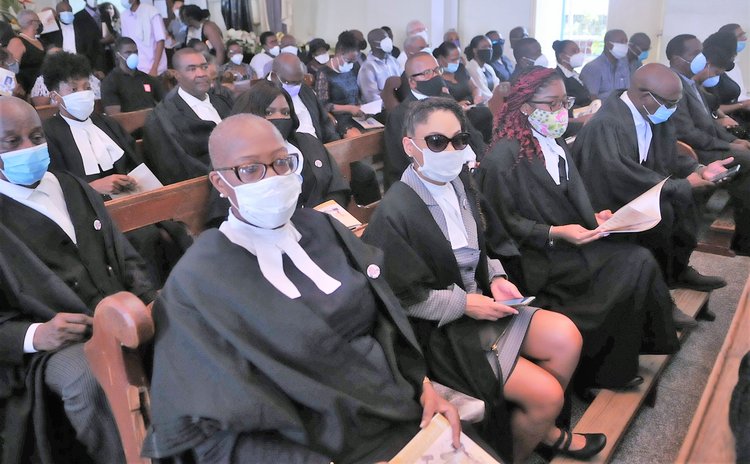 The mere fact that I can pen these words with reference to Mikey Bruney is a sad and painful reality that he has moved on to the Great Beyond. Mikey would have stopped me, in my tracks, with the mere thought of bringing any sort of attention towards him. It may sound strange, but Michael Emanuel Bruney, with an infectious radio voice, heard for almost five decades throughout Dominica and the rest of the Caribbean, would never be seen on television or in any public spectacle Mikey is one of the most private individuals that I have ever come across, and it went without notice.

Mikey and I go back to 1972 in the Dominica Grammar School Drama Club, he was the director of a play in which I had the leading acting role, it was supposed to be my debut performance in the city. After countless hours of rehearsal, for reasons I do not recall, the play was never staged. At that time, I never realized that Mikey was only a few months older than me, because I was in second form and he was in sixth form. I later got to know that he had started his secondary school career at the tender age of nine.

A few years later we were part of the cast of The Ruler a play written and directed by Alwin Bully with the People's Action Theatre (PAT) and from then our friendship took flight. When Mikey was given the opportunity to direct another successful play of Alwin Bully, The Nite Box, my selection for the cast was guaranteed. We subsequently participated in a series of PAT productions such as Folk Nativity, Green Gold, Pio Pio, Winds of Change and Sunday Night Theatre on DBS Radio, among others. Our last stage performance was a rerun of The Ruler in 2016.

Mikey is my brother from another mother, my lawyer, landlord, business partner, theatre colleague, advisor, and I would have liked to say drinking partner and limer, but these last two had to be aborted very quickly, because I could not keep up the pace. No one could keep up to Mikey's liming habits, he would simply burn you out. I am Mikey's architect, construction consultant, appraiser, tenant, and everything that he is to me.

At the time of his death we were working on his dream project, the establishment of a community-based radio station that would develop a new breed of journalists and create interactive information sharing within the communities. His other project was the reestablishment of quality paper products on the market with exciting new brands. He is a director of Nature Island Paper Products Inc. and played a major role in the conceptualization of the first and only toilet paper manufacturing facility in Dominica.

Mikey had a vision for Dominica which transcended Dominica's existing political environment. No one can accuse Mikey of being associated with any political party, though he had a clear understanding of what is necessary for the economic development of Dominica. His personality, which was filled with honesty, frankness, and sarcasm, was not attractive to politicians on both sides of the aisle.

Mikey is a humanitarian, how he found time to help people always baffled me Whether it was driving to the villages to deliver stuff for the elderly or assisting a young person in pursuance of their academic aspirations, he had a passion for success and excellence He was simple and down-to-earth but sophisticated. A man of class.

Mikey's friends and relatives can be comforted that he had all the necessary care and attention that he required during his illness. In his final days he whispered to me that "I have made amends comrade", this reminded me of the death of Jesus, and when my wife prayed with him over the telephone, he closed his eyes and nodded in appreciation of the intervention that she made to the Almighty Father on his behalf. "My ever-faithful friend" were his last words to me at the hospital.

I will forever be thankful to the Most E high for allowing me the privilege to know Mikey Bruney and to be part of his journey on earth. To his sons, Ken, Kerron and Donatien, you can rest assured of my commitment to keep the legacy of Mikey Bruney alive. Gone too soon, we may say, but the Heavenly Father had other plans for this humble man, SO let's celebrate the time we were honoured to have him and say Good Job Beloved Brother, because Every Body Loves Mikey.

May his soul rest in eternal peace. One love Comrade!