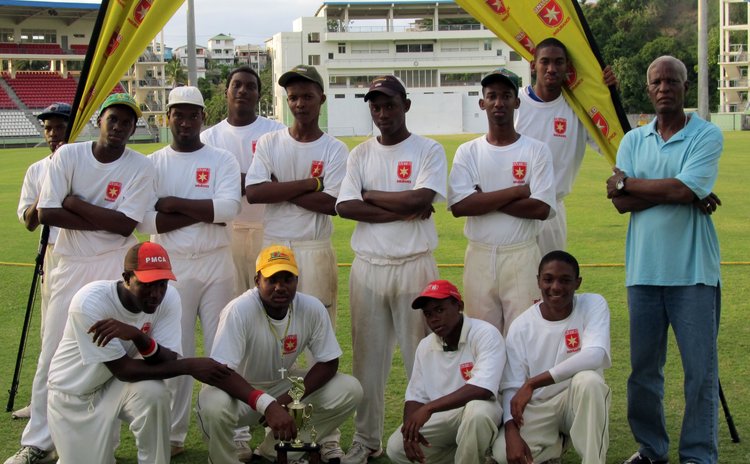 The game was mostly one-way traffic after College batted first and started with an opening partnership of 149 between Jerlani 86 with 14 fours and Gian Benjamin 120 with 16 fours and 1 six. DSC totalled 293 with Dishon Joseph chipping in with 31.

Castle Bruce SS gave a spirited reply to be 99 for four at lunch on the second day, but folded after an extended lunch-break (lunch arrived late) to 153 all out. Robinson did not enforce the follow-on but batted for about nine overs for 51 runs for the loss of both openers. College needed to take CBSS' last wicket in the 18 and final over of the day to complete the outright but could not manage that, but that did not matter. At one stage in the second innings, CBSS were in dire straits on 10 for six before Jno Lewis at No. 3 went on the attack.