Roger Burnett: An island that had all the ingredients to make the rest of the world envious 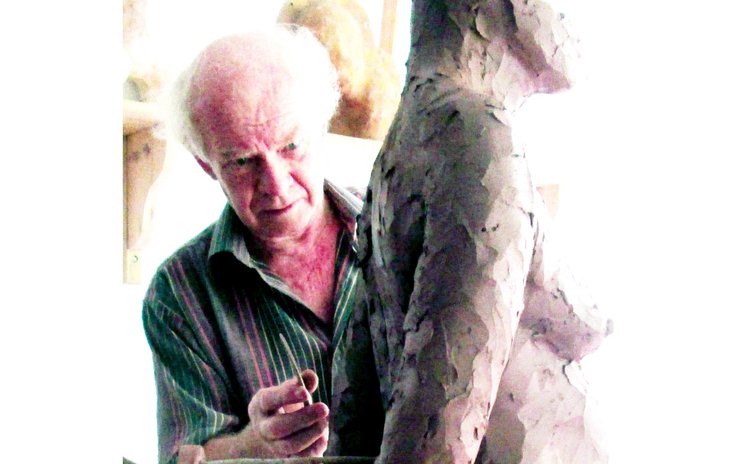 A multi-talented artisan, passionate about sharing his creativity with Dominicans, is committed to exposing more residents to the artform as his way of contributing to the country he calls home.

Roger Burnett, explained to The Sun, "like the Renaissance artists before me, necessity has made me a man of many parts."

As such, he is, "an artist, painter, sculptor, writer, engineer, craftsman, inventor, architect, boat builder and adventurer."

Born in England during an air raid in 1943, Roger first visited Dominica 31 years after.

"I briefly stepped ashore in Dominica in 1974 on a voyage from England to the Caribbean," he recalled.

That brief stop was all it took to remember it forever.

"My first impression was of an island that had all the ingredients to make the rest of the world envious," he said.

To properly encapsulate the feeling, Roger found the ideal quote.

"Somerset Maugham in his book "The Moon and Sixpence" expresses my feelings as follows," Burnett started, "'…Sometimes a man hits upon a place to which he mysteriously feels that he belongs. Here is the home he sought, and he will settle amid scenes he has never seen before, among men he has never known, as though they were familiar to him from his birth'." However, it wasn't until 30 years later, Burnett moved to Dominica.

"I relocated my studio to Dominica in 2004 at the suggestion of the then Prime Minister Pierre Charles," he said. "My work had earlier won the UK award for public sculpture and I was asked to create a memorial sculpture to the late Rosie Douglas."

According to Burnett there was no real culture shock moving to Dominica since he had spent a lot of his adult life in the Caribbean and gradually absorbed the laid-back island practices; however, "I now realize that sitting back is not necessarily the best way to guard against predators that see the islands as being ripe for their self-serving concept of development."

The changes Burnett highlights in his almost 20 years here are not the most flattering.

"I have increasingly been saddened at Dominica's reliance on foreign financial aid, be it by loans or the sale of the citizens' birth right," Burnett said. "Many of the changes I have seen have not been for the better. Particularly the reliance on cheek by jowl social housing, as against enabling Dominicans to build their own house within its own yard space."

His disappointment led him to put pen to paper, and express his concerns.

"Many of my Dominica News Online Commentaries have explored this theme. For example: 'A State of Self-Sufficiency'," he said.

Burnett's love for the people pushed him to suggest ways to empower citizens, this, he says, was not met with positive reviews.

"Years ago, I suggested a scheme for training highly skilled mechanical engineers, the government was taken aback to learn that an apprenticeship takes no less than six years," he said. "They expected that it could be done in six weeks!"

The creative arts is Roger's passion. As such, exposing others to this is top on his agenda.

"I spent months putting together a one-year full-time course for school leavers, many of whom are creatively rather than academically inclined," he explained, "I had earlier been involved in establishing a similar award-winning course in the UK. However, there was no interest or support for such an initiative in Dominica, albeit we desperately need innovative doers and thinkers."

To further encourage Dominican students in the creative arts, Roger devised 'Notes for Art Students', "as an offshoot to my blog: sculpturestudiodominica.blogspot.com. My main blog is accessed by thousands of art students in colleges throughout the world, but alas, local followers are few and far between." Never deterred, Burnett is laser focused on his craft and path.

"I am encouraged by the occasional visitor who exclaims: 'Wow, I never knew anything like this existed in Dominica!'"