Rolanda and Ronda- twins in the press 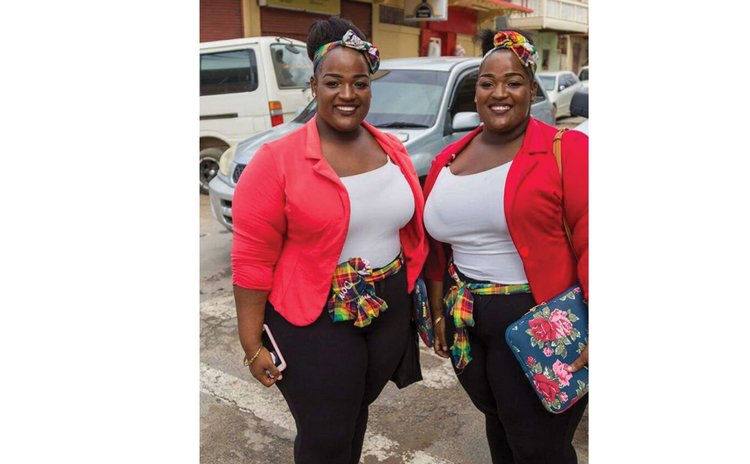 Finding twins working in the same profession in Dominica is extremely uncommon and twins in the press are doubly unusual. In fact, Ronda and Rolanda Luke, 24, of Mahaut may be Dominica's first twins in the press.

According to Ronalda, she started working with the Chronicle newspaper in November 2016 and shortly after an opportunity came up for employment of another staff member she decided to recommend her sister, Ronda, since they both studied English literature at the Dominica State College.

"We both worked at Clear Harbour together and it's obvious…that I would be looking out for her whenever an opportunity comes…God knows why he gave me a twin," she said.

She continued: "She had the interview and was successful and here we are working together as a team and being each other's critic- it's just fun."

One would believe that since these reporters are identical twins they would have the same personality but the girls say no.

"Ronda is more passive than me. I speak my mind and don't allow people to push me over...I try to tell her that she needs to speak out and let her voice be heard," Ronalda said.

She said she has learnt a lot from Dominica Broadcasting Corporation's News Editor Curtis Matthew and freelance journalist Carlisle Jno Baptiste; she said admires the way they phrase questions and the bravery that they display.

"I must say that we have lots of support from people in the media. It's been very encouraging- the senior people have been open to us and ensure that we have a shoulder to lean on and for that we are ever grateful and thankful," she said.

Ronda who joined her sister in the Chronicle six months ago is basking in the experience.

"The experience has been great so far working in the media and together. In the past I would hear my sister speaking about writing and the challenges that she faces and since I was not involved in the media I did not know how to assist her. But now that I am directly involved we support each other. At times I would say 'Ronalda, I can't deal with this story can you assist me'….and here she comes. I look up to Curtis (Matthew) for the support," she said

"We are both each other's critic. At times I write to impress her…once she tells me that I like it I am on top of the world," Ronda said.

But it has not always been easy since people mistake them all the time.

"It has been difficult for us out there…some take us for the other and we have had to prove to them who we are. The attention is something else. People tend to think that our personalities are the same…but no. We are two different people. Ronalda is harsher and I am the easy going one," she said.

Although the media is not their chosen career path, they intend to make a big difference while they're in that field, the twins said.