Roof came down on students in old DSC building 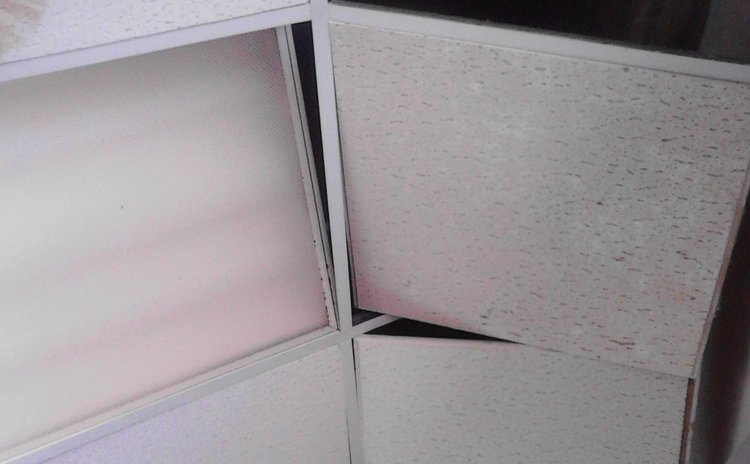 Part of the collapsed roof

The roof of a classroom at the old section of the Dominica State College has collapsed and one student was taken to the casualty department at the Princess Margaret Hospital for a medical assessment.

According to a student eyewitness, there were seven students in the Environmental Biology classroom awaiting class when they heard a rumbling noise.

They did not have time to react when three of the students were covered with debris.

"We were seated in our class in the upper campus room C2 and there were seven of us and when we entered the class we heard a rumbling noise and by the time we could look the whole side of the class was falling down," the source revealed.

The source went on to say that a ceiling fan almost covered another student as they made good their escape visibly shaken to find some help.

Although no one was seriously hurt the student complained of having a head ache because ceiling fans came down on her head.