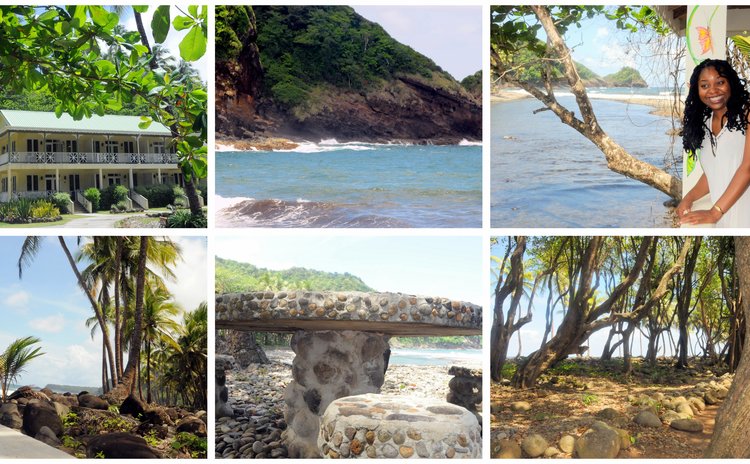 At the Rosalie Hotel

ROSALIE, Dominica — Rosalie Bay, an eco-boutique and wellness resort on the Atlantic coast, has received golden honors to begin 2014 and commemorate its third anniversary.

The prestigious Condé Nast Traveler magazine has recognized Rosalie Bay in the 2014 Gold List of the World's Best Places to Stay. Rosalie Bay earned a score of 95.1, ranking No. 4 in the Caribbean and Atlantic region. It is also the only resort on Dominica to be featured.

Condé Nast Traveler's Gold List is currently on their website at www.cntraveler.com and in the January issue of the magazine, which is on newsstands now.

Rosalie Bay was also recognized by the magazine among the "Best Wilderness Vacation Spots" in the world. The resort's black sand beach is a protected nesting area for three species of endangered sea turtles and, during sea turtle season (March – October), guests are invited to participate in Rosalie Bay's conservation efforts.

"This is a wonderful way to begin the New Year," comments Daryl Aaron, Resort Manager for Rosalie Bay. "It is a great honor to be recognized by the discerning readers and editors of Condé Nast Traveler magazine among the best resorts in the world and to represent the Nature Island."

The recognition comes as Rosalie Bay celebrates its third anniversary. In just three years, the 28-room resort has gained international notoriety for its environmental efforts including the sea turtle conservation program, and its magical setting at the foothills of the Morne Trois Pitons. Since it opened in January 2011, Rosalie Bay has been honored by:

•Discover Dominica Accommodation of the Year, 2012

•US Secretary of State Award for Corporate Excellence, Finalist, 2012

In addition to making a positive impact on the environment, Rosalie Bay and owner Beverly Deikel have contributed to the local communities, schools and civic organizations. The resort is a source of employment and training for nearby residents, and sources a majority of its food and materials from locals. In fact, more than 90% of the Rosalie Bay staff is from the nearby villages, including Grand Fond.

"Dominica has become my home," says Beverly Deikel, owner of Rosalie Bay Resort. "I want to do all that I can to support this beautiful island and its residents, who have welcomed me with open arms. As we continue to grow and attract guests, I look forward to celebrating many more milestones."